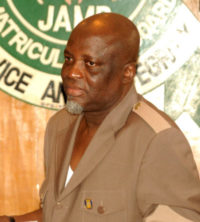 JAMB spokesperson, Fabian Benjamin, told the News Agency of Nigeria (NAN) on Monday in Lagos that the meeting, scheduled to hold in Abuja, would brainstorm on the conduct of the examination and identify possible areas for review.

Among the stakeholders expected at the meeting were Foreign Affairs Ministry officials, university lecturers, vice- chancellors and rectors of polytechnics, he said.

“We are also expecting top media executives, state commissioners of education and heads of colleges of education.
“Other stakeholders expected at the meeting are labour unions of Nigeria universities such as ASUU, Senior Staff Association of Nigerian Universities (SSANU) and Non-Academic Staff Union (NASU), among others,’’ he said

Benjamin said the board has held a similar meeting with owners of Computer Based Test (CBT) centres and administrators nationwide to appraise the registration and conduct of the 2017 UTME.

The JAMB Registrar, Prof. Is’haq Oloyede, had during meeting with administrators of the CBT centres announced new measures that would further strengthen the integrity and general conduct of the examination.

Oloyede had also banned the use of pens, wrist watches and other devices as part of the newly introduced measures for the 2018 UTME.
According to him, experience has shown that some candidates were using the devices to perpetrate examination malpractices.

No fewer than 617 centres had been accredited nationwide for the examination while 72 others waiting for approval.