How Jonathan plotted own defeat in 2015 Presidential election 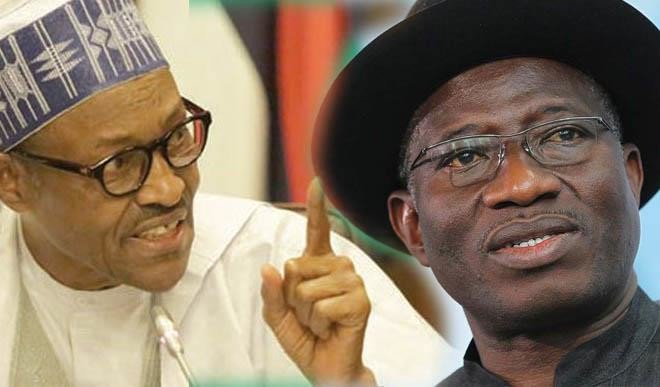 A new book on the 2015 General Election has detailed how former President, Goodluck Jonathan plotted his own defeat during the presidential poll.

The book, “The Nigerian General Election of 2015,” has a number of frontline researchers and political analysts contributing to the book. Three leading professors of political science, namely John A.A. Ayoade, Adeoye A. Akinsanya and Olatunde J.B. Ojo conceived the idea under a Programme for Presidential Studies.

Basically, the contributors to the new book, The Nigerian General Elections of 2015, were drawn from academics, the media, civil society organisations, public institutions and research institutes with direct electoral duties during the 2015 elections.

Among others, the new book empirically analysed voters’ turnout, voting behaviour, the roles of political parties, the defeat of the Peoples Democratic Party (PDP), the dilemma of the Independent National Electoral Commission (INEC) and factors that defined the victory of the All Progressives Congress (PDP).

The book x-rayed the strategic errors of the administration of Jonathan, which it argued, cost the Peoples Democratic Party, PDP and its presidential candidate fatal defeat that could have been avoided if some concessions were made.

The book explained that the presidential election was a particularly interesting one in which the former president was self-assured that he had done enough to deserve a renewal of his electoral contract with the Federal Republic of Nigeria.

According to the book, “Jonathan was challenged by Buhari, a veteran political war-horse. That was the fourth time Buhari presented himself for election to Nigeria. Some saw him as a habitual electoral failure or a serial loser while other saw him as a possible comeback kid.”

The book faulted the Jonathan’s presidential campaign, which it described as a manual for aborting victory even though the former president had a political headstart being an incumbent against a serial loser that was widely perceived perpetually unelectable.

It observed that the incumbency advantage was neutralised by specks of electoral authoritarianism like the certificate crises and the postponement of election on spurious security grounds.

“The postponement of the election was perceived by a good percentage of the electorate as biased. It was meant to demoralize the opponents; overstretch their resources and get Goodluck Jonathan to outspend General Buhari,” the book said.

It explained the depth of the social ill that had undermined the country’s human development index in the last five decades, noting that corruption “has engulfed all facets of public life such that Buhari, the focal anti-graft crusader is a deviant, who is not even sure that his closet associate is with him.”

The book, also, observed that the citizens “has not been sufficiently socialized to recognise various forms of corruption, although experience shows that, given the opportunity, a large percentage of them would be corrupted. The critical ingredient of patriotism is lacking.”

It equally pointed out that Buhari “is leading a team of unrepentant unbelievers in a crusade. A senator once complained that he could identify many criminal senators whose files he had treated when he was in the Nigeria Police.

“It is just logical that no institution can be better than the people that make it up. The reality of the Nigerian situation is that it is dangerous to trust politics to politicians because they are the problem that causes the problems in the first place.”

“Buhari’s anti-corruption crusade is almost a battle led by a general without troops or at best with potential deserters. A large part of the Nigerian population cannot understand the implications of looting the public treasury; otherwise there would have been public outcry against some people still in high places dictating the shots.

“Unfortunately, the same public is in search of quick change to the economy. The crusade should not just be a government project, but a citizen project. If this present exercise fails, then corruption would have been indirectly written into the Nigerian Constitution,” it said.