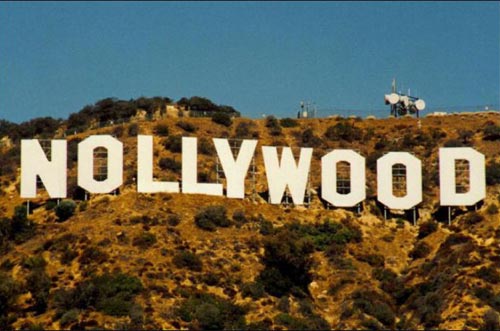 Kadiri spoke at the exclusive screening of the Nigerian film,“The CEO’’, at the World Intellectual Property Organisation (WIPO) headquarters in Geneva, during its 35th session of the Standing Committee on Copyright and Related Rights (SCCR) recently.

The film, “The C.E.O.’’, was produced by Nigeria’s acclaimed film producer, Kunle Afolayan, and it is the seventh-highest-grossing Nigerian film by the domestic gross of N60m.

A statement from the Nigerian Embassy in Switzerland, e-mailed to NAN on Sunday in Abuja, said the envoy described Nollywood as a very important industry in Nigeria.

He said Nollywood has been rated the world’s second-largest movie industry by volume, next to India’s Bollywood, with high entertainment value to the African region and Africans in the diaspora.

The Ambassador also stated the important role the Nigeria film industry has played in the employment of a large number of creative workers in the downstream sector of distribution and marketing, contributing about 1.4 percent to Nigeria’s GDP.

“Nollywood has also provided value content to support other copyright inter-dependent sectors such as broadcasting, telecommunications and advertisement and by extension, fast becoming a very powerful tool for soft diplomacy,’’ he said.

Commenting further, Kadiri referred to the new category of Nollywood films as the “New Waves,” an emerging phase of Nigeria movies or cinematography.

He observed that movies were characterised by a seismic shift from the video format to the cinema method of production.

He added that “their defining feature is that these films have improved narrative, aesthetics, higher budgets and scaled up production values.’’

The envoy reiterated Government’s commitment to enacting a new Copyright legislation that will implement the standards of protection stipulated for copyright and other related rights under the various WIPO treaties.

Also, including the four copyright-related treaties Nigeria ratified and deposited at WIPO recently.

The envoy who also extolled Afolayan craftsmanship said the acclaimed producer came to limelight as a film producer in Nigeria when he founded the Golden Effect Pictures Limited, a film production company that produces and releases high-quality films.

He said Afolayan’s films have significantly contributed to the advancement of the movie industry in Africa.

Kadiri noted that Afolayan’s keen interest and hard work has successfully produced high profile movies that have contributed greatly in putting the Nollywood in a very high esteem.

Member states of the WIPO and several Nigerians resident in Geneva who participated in the screening were extremely impressed by the Nigerian film.

The Film depicts the story of top five members of a company who were sent to a retreat and one of them will eventually become the new CEO.

The cordial atmosphere quickly turned competitive as everyone wanted to outdo the other.

Some of Afolayan’s celebrated movies include: “the Figurine”, which won five awards in the African Movie Academy Awards (AMAA), including the best film award; the “Phone Swap”; “October 1”, among others.