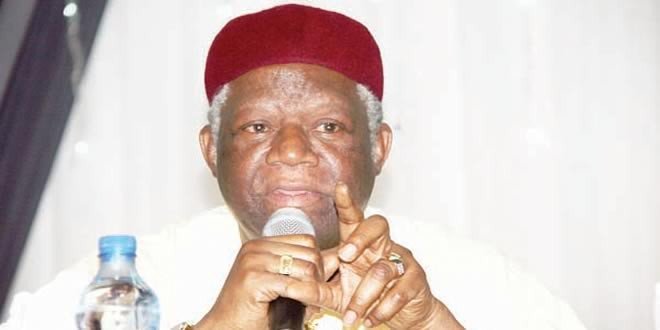 Retired Maj.-Gen. Ike Nwachukwu has re-echoed the need for the Federal Government to implement the 2014 National Conference report, saying it addressed issues of restructuring in the country.

He made this known at the retreat of Southern Senators’ Forum in Calabar.

Nwachukwu said it would be injustice to Nigeria not to have recommendations of the report implemented in view of its relevance to the call for restructuring.

“I had the privilege in 2005 of serving as a member of former President Olusegun Obasanjo’s Political Reform Conference and it rolled into 2014 National Conference.

“I will dare to say that the amount of work put into the 2014 conference, of course, building on the outcome of the 2005 conference, produced a fantastic report.

“It will be total injustice to Nigeria if the recommendations of the 2014 National Conference are jettisoned.

`Most of what we are talking about today were raised there, and after several weeks of grinding discussions, the report was drafted.

“I recommend it to the Nigerian legislature to take a look at and use in finding solution to our present problems,’’

Nwachukwu urged President Muhammadu Buhari to make history by heeding to the call of the people to implement the report.

“I want to say to my senior colleague, President Muhammadu Buhari, that he has a fantastic opportunity in history.

“He has the privilege to call a meeting of well-meaning Nigerians to take a look at the report to be able to set our country on a new path of unity, trust and better understanding.

“We have a country with less ethnicism, less religiousity and we can build a country we all will want to live in.

“I often wonder that if I get called by God, what I would say that I have bequeathed to Nigeria.

“Here is the opportunity to bequeath to the generation coming after us a country on the path of unity, better understanding and love for one another,’’ he said.

While recalling the contributions of the military to the unity of country, the elder statesman said the narrative had changed and there was a need to address some issues.

He said that the military did what it did believing that that was the right thing to do to keep the country from falling apart.

Nwachukwu, a member of the 2014 confab, stressed that while decrees were put in place and a new constitution written in the quest to building one united country, it had been a long time and things had changed.

He pointed out that events had proven that though those intentions had kept our country united, it could no longer sustain the yearnings of the people.

He said that unless “we set a new path that we will work to ensuring that we are truly our brothers’ keepers, no amount of military or writing of constitution will make us a one united country’’.