Give the Nigerian Youth a Chance: A Memo to APC 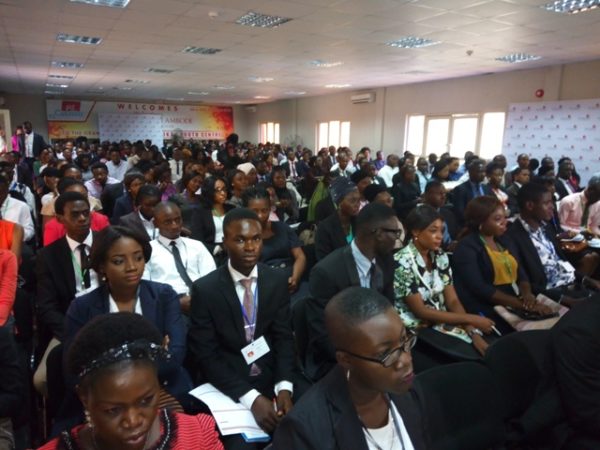 A cross section of Youths.

The clarion call by the Arewa Youths Consultative Forum (AYCF) demanding President Muhammadu Buhari not to seek re-election did not come as a surprise. In fact, some of the most difficult questions that greeted my recent expression of interest to vie for the presidency under the All Progressives Congress (APC) centered on the plight of the Nigerian youth today. These youth are aggrieved, and understandably so, that our brand of democracy is skewed against them. Before delving into the matter, let me quickly offer two innocent acknowledgements.

The first goes to the leaders of the APC, particularly Asiwaju Bola Tinubu, Dr. Ogbonnaya Onu, and President Buhari. Before gaining power, despite various breathtaking overtures from successive regimes in the Fourth Republic, these leaders were steadfast in personifying the cause of the opposition. In short, the defeat of a sitting president in 2015 represents one of the greatest milestones in Nigeria’s democratic journey. It proved, for a change, that there can be consequences for bad behaviours in our beloved country.

The next applause must go to the People’s Democratic Party (PDP) and former President Goodluck Jonathan who, by default or design, provided the enabling environment for the emergence of a strong opposition party by the time of the 2015 election. Even more, Dr. Jonathan graciously accepted defeat. That gesture alone was historic and helped to elevate the Nigerian democracy to a hopeful trajectory.

This memo, therefore, is an appeal to our great party, APC, to take a cue from the preceding legacies and move the Nigerian democracy up another notch. There are many ways to accomplish such objective, but none will be more endearing than to truly create a level playing ground that can enable the youth to lend their abundant talents to the growth of our democracy.

The Anambra governorship election has become the foreplay to Nigeria’s general elections. Overall, President Buhari deserves commendation for ensuring that there was no interference through the federal might. However, notwithstanding that the election was generally adjudged peaceful, it was far from free or fair. It did not give the youth any fair chance for meaningful participation. For instance, only billionaires or their political godsons were free to fly the flags of the major parties in the said election.

This predicament presents the APC a grand opportunity to step in and effect the desired change.

The ruling party can begin by leading by example. As a progressive party, the APC must no longer be a party to arbitrary nomination fees. Its nomination fees – for all offices – ought to be reduced to the barest minimum, drastically lower than the current limits prescribed in the Electoral Act of 2017, as amended, so that the ordinary man and woman can also aspire to serve. The advantages of this approach are two-fold. It profoundly broadens the party, as it enables mass participation in the process. It will also help redeem the image of the party from the negative public opinion it caused itself when the then candidate Buhari had to grudgingly borrow N27 million from a bank to purchase his nomination form towards the 2015 presidential election.

The most inevitable is to compel the Independent National Electoral Commission (INEC) to obey the laws of the land. The Electoral Act is explicit on campaign finance, outlining specific spending limits for every elective office, from councilor to the presidency, and relative consequences for violations. Yet, even though there is always ample evidence that the candidates spend without limitation, including buying votes, the INEC never seems to care to enforce the extant campaign finance laws. The Anambra election was no different.

This pattern does not bode well for our nascent democracy. Huge campaign money, of course, does nothing but accelerate the engine of corruption in the country. It also goes to grossly disfranchise the masses, especially the youth. Needless to mention that the pattern accounts for the unfortunate history of youth marginalisation in successive national governments.

Some critics may attempt to dismiss this call as self-serving since I am a candidate for president. But they should not. A simple scan of the internet will show that I have been a tireless crusader against tainted money in Nigerian politics for over a decade. Moreover, as hinted in my declaration statement, my team is blessed with the resources to fund our campaign to victory—from the ward level to the presidency.

It can also be convenient to view the memo as mundane since all the political parties, as well as the general masses, including the youth, are guilty of tainted money in our politics. For there will be no giver without a taker. But this is where the posterity beckons on the APC to leave a legacy. The PDP and Goodluck Jonathan will forever be remembered for creating the ideal condition for the opposition to thrive in Nigeria’s democracy. Let APC and Muhammadu Buhari thenceforth go further to foster mass participation and fair competition by curbing illegal money in our politics.

The ultimate beneficiary is Nigeria. Fair competition in our body politics will unleash the unique potential of the Nigerian masses, particularly the youths. Our future is a mirror of the present condition of these innocent youth, and that is troubling. But that future can, and should, be better. Let us, therefore, go forth to lay the right foundation today.