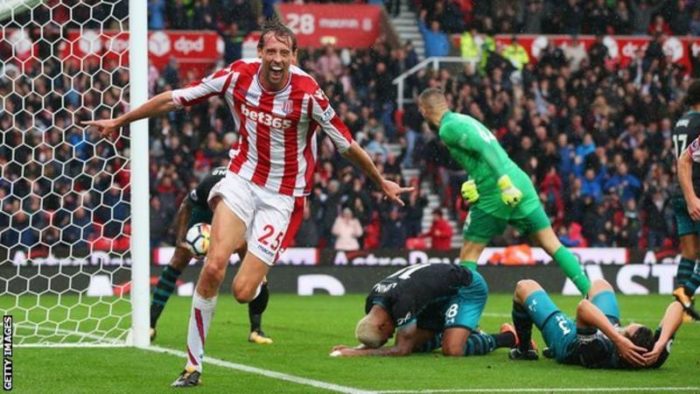 The 36-year-old has not started a league match this season but is Stoke’s leading scorer with four goals in all competitions.

He has made a Premier League record 144 substitute appearances in his long career.

“The talismanic striker has agreed a one-year contract extension, committing him to the Potters until at least the summer of 2019,” Stoke said on their website (www.stokecityfc.com).

READ: Liverpool duo on course to return against Stoke

Crouch, who joined Stoke for a then club record 10 million-pound fee in 2011 from Tottenham Hotspur, has scored 43 Premier League goals for the club and 58 in total.

The lanky former England striker’s goals have earned Stoke five of their 13 points this season, helping secure victory over Southampton and draws against West Bromwich Albion and Leicester City.

“He still has so much to offer us,” Stoke manager Mark Hughes said. “He may be 36 but he continues to have a major impact on games, as he has proved on numerous occasions this season.’’