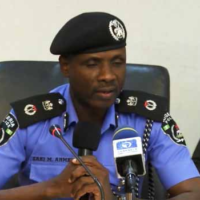 Although the full details of the dastardly incident were yet to be unravelled, PMNEWS gathered that the lawyer was killedt 3 a.m. Friday at Alode-Eleme in Eleme Local Government Area of Rivers State.

Olomate Ollor, the Caretaker Committee Chairman of the local government confirmed the incident. He vowed to bring the fleeing culprits to book.

“Some gunmen came to Alode-Eleme and shot sporadically and at the end one Barrister Mary Obe was confirmed dead. I arrived there at about 3 a.m. in company of some soldiers and I have assured the family and Eleme people that the perpetrators will be brought to book.

“I sympathize with the Obe family over the death of their children, Comrade Isaac, a few months ago and now Marry,” Ollor said.

The council chairman also assured that security will be beefed up in the area while investigations into the murder ent continue.