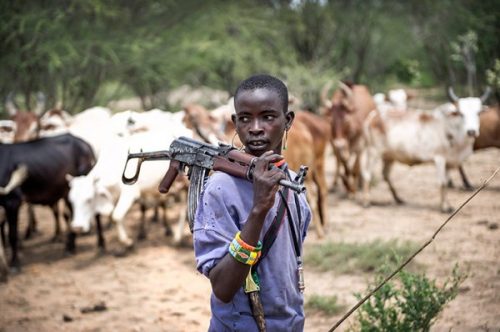 A statement issued in Gusau on Monday by the Public Relations Officer of the Command, DSP Muhammad Shehu, said the suspects (names withheld) were from Binrin-Gwari Local Government Area of Kaduna State.

Shehu said they were arrested by the command’s Tactical and Special Forces of Police Patrol team around Dansadau area.

According to him, one Alhaji Dandari Madada from the area reported to Dansadau police station that on Nov. 17, unknown persons attacked him and rustled his 19 cows.

He said following the report, the police patrol teams swung into patrols at Dansadau area, leading to arrest of the suspects.

“Seven out of the 19 cows were so far recovered from the suspects, and the command is making efforts to recover the remaining cows.

“The command’s Criminal Investigation and Intelligence Department (CIID) is investigating the case after which the suspects will be charged to court.

“The command is making efforts to partner with sister security agencies and all stakeholders to ensure peace and stability in the state,’’ he said.

The police spokesman urged people of the state to continue to cooperate with the command and give useful information to them to ensure peace and stability in the state.