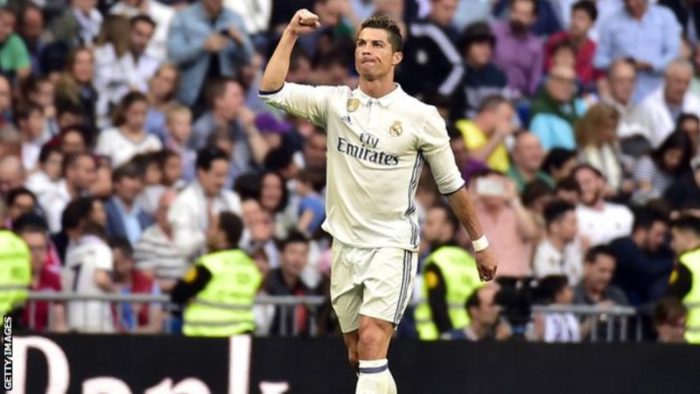 Cristiano Ronaldo became the first player to score in all six games of the Champions League group stage as Real Madrid beat Dortmund 3-2 at the Bernabeu.

Ronaldo whipped home a terrific shot from 20 yards on 12 minutes to put Madrid 2-0 up after a lightning start by the hosts in which Dortmund couldn’t get near the ball, Sky Sports reports.

Borja Mayoral’s first European goal on eight minutes had got them on their way before Dortmund finally woke and Pierre-Emerick Aubameyang’s double either side of half-time hauled the visitors back into the game.

But Lucas Vazquez’s volley nine minutes from time denied the Germans, who progress to the Europa League’s next stage following Tottenham’s 3-0 win over bottom side Apoel Nicosia.