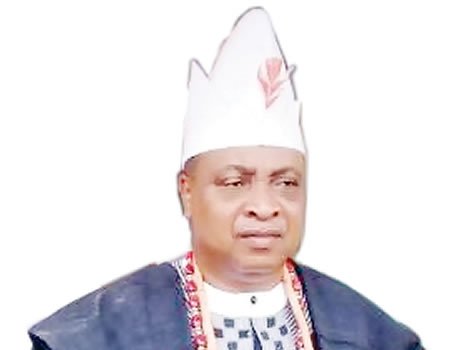 Vice President Yemi Osinbajo has tasked the new Akarigbo of Remoland, Oba Babatunde Adewale Ajayi, to use his stool, to stimulate his subjects for the development of Remo.

The VP said this on Thursday at the installation and presentation of Staff of Office to the 19th Akarigbo at the Gateway International Stadium, Sagamu.

Osinbajo, who described the installation of Oba Ajayi “as a monumental historical event”, implored the monarch to ensure that his reign marks the coming together of Remo sons and daughters, for the progress of the town.

The ceremony was attended by traditional rulers, within and outside Ogun State, top government functionaries, eminent Nigerians, captains of industry, community development associations among others.

Osinbajo said Akarigbo’s throne had long been a representation of enterprise and integrity and urged the Oba to combine his discipline as an accomplished accountant and a legal practitioner, to rally the Remo people for unity and progress.

“We are all witnesses to this monumental historical event. The throne of Akarigbo has long been a representation of enterprise and integrity.

“The new Akarigbo must combine his discipline as an accomplished accountant and solicitor of the Supreme Court of Nigeria, to rally the people of Remo in unity, for the development of the land.

“We are confident that your attributes will benefit Remo land. You also have a task of galvanizing your subjects toward the development of your domain, and ensure your reign marks the coming together of Remo sons and daughters for its development,” Osinbajo said.

Earlier, Gov. Ibikunle Amosun of Ogun had charged the new monarch to be a champion of peaceful co-existence.

Amosun, who described the ‘Obaship’ process as democracy at work, commended those who vied for the stool of Akarigbo with the monarch, for their show of sportsmanship.

He, however, implored the new monarch to cooperate and collaborate with security agencies in checking the influx of people with criminal tendencies, from neighbouring states.

He also charged the monarch to mobilise his subjects to pay their taxes, while assuring him of his administration’s continued infrastructural development of Ogun State.

In his acceptance speech, Oba Ajayi urged the people to assist the state government to cater for the needs of the growing number of unemployed youths.

He also called on other royal fathers in Ogun, to remain as a crucial stabilizing factor in all the communities in the state.

He said: “To attain that glorious future, we have to work together as one large family. The government cannot do it alone. We have to supplement the efforts of government,

“Together, we must assist government to provide a peaceful environment in our communities so that the return of industries to Remo will continue to grow in leaps and bounds,’’ he said.