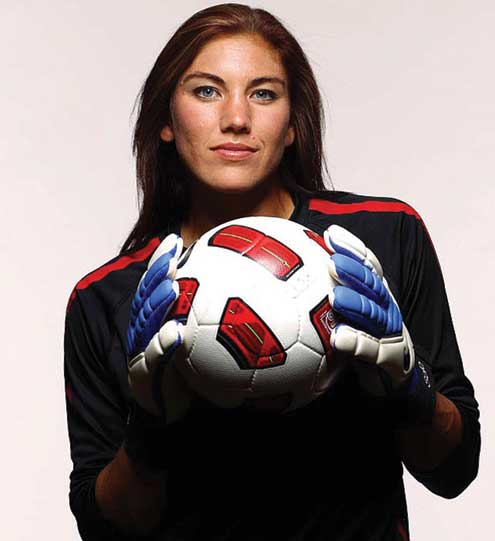 World Cup-winning goalkeeper Hope Solo has announced she is running for president of the US Soccer Federation.

The 36-year-old earned 202 caps for her country and won the 2015 Women’s World Cup plus two Olympic gold medals during her 17-year international career.

She has not played for the national side since the Rio Olympics, after receiving a six-month ban for calling rivals Sweden “a bunch of cowards”.

Solo announced her intention to run for president on her Facebook page.

She said the core principles of her campaign would be creating a winning culture, equality and women’s issues, making the game accessible to all and reform in the United States Soccer Federation.

“I have always been willing to sacrifice for what I believe in and I believe there is no greater sacrifice then fighting for equal opportunity, integrity and honesty, especially in an organisation like the USSF that could give so much more to our communities across the nation.”

All candidates have until Tuesday to get the required three nominations from delegates to officially join the field.

They are running to replace current president Sunil Gulati, who announced earlier this week that he will not seek re-election for another term.