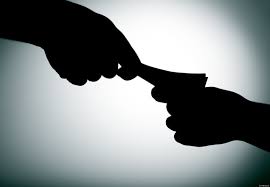 Some Civil Society Organisations (CSOs) have called on the Federal Government to publish the names of persons found guilty of corruption and the amount recovered.

The organisations made the call at a rally organized by the “Say No Campaign’’ to mark the International Anti-corruption Day on Friday in Abuja.

One of the conveners of the campaign, Mr Ezenwa Nwagwu, said that it was the responsibility of Nigerians to ensure that the country was not labelled a corrupt nation.

Nwagwu urged Nigerians to own the fight against corruption because it had led to the decay of various sectors of the nation’s economy.

“The absence of corruption will create a better society for Nigerians and make all the sectors work effectively.

In his remarks, Mr Chido Onumah, Coordinator, African Centre for Media and Information Literacy (AFRIMIL), said the rally was to draw attention to corruption issues and encourage continuous discourse against it till it was reduced to the barest level.

“Beyond that, we should as well have the amount that the government has recovered in the last one year from its effort in the fight against corruption.

“It will help in ensuring that there is greater confidence in government and its anti-corruption activities; so, it is important for Nigerians to know,’’ he said.

Onumah insisted that beyond just making elaborate statements about how much was recovered and the fact that a lot of corrupt people were being prosecuted, it was also important to state the amount.

He said that the government needed to tell Nigerians how much was looted and how much had been recovered, and from which individual.

“The message for today is that corruption has caused a lot of problems for Nigerians; it is responsible for the poor state of the Nigerian nation.

“Whether Nigerians are looking at the low standard of education, bad roads, and infrastructure and so on, it was caused by corruption.

“So, the message is for Nigerians to all join hands to fight it and make it history in the country,’’ he said.