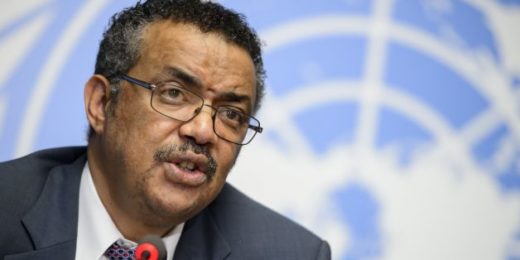 As the global population ages, the number of people living with dementia is expected to triple from 50 million to 152 million by 2050.

“Nearly 10 million people develop dementia each year, 6 million of them in low- and middle-income countries,” says Dr Tedros Adhanom Ghebreyesus, Director-General of WHO.

“The suffering that results is enormous. This is an alarm call: we must pay greater attention to this growing challenge and ensure that all people living with dementia, wherever they live, get the care that they need.”

The estimated annual global cost of dementia is US$ 818 billion, equivalent to more than 1% of global gross domestic product. The total cost includes direct medical costs, social care and informal care (loss of income of carers). By 2030, the cost is expected to have more than doubled, to US$ 2 trillion, a cost that could undermine social and economic development and overwhelm health and social services, including long-term care systems.

The Global Dementia Observatory, a web-based platform launched by WHO, will track progress on the provision of services for people with dementia and for those who care for them, both within countries and globally. It will monitor the presence of national policy and plans, risk reduction measures and infrastructure for providing care and treatment. Information on surveillance systems and disease burden data is also included.

“This is the first global monitoring system for dementia that includes such a comprehensive range of data,” said Dr Tarun Dua, of WHO’s Department of Mental Health and Substance Abuse. “The system will not only enable us to track progress, but just as importantly, to identify areas where future efforts are most needed.”

Encouraging results in planning for dementia and support for carers

To date, WHO has collected data from 21 countries (1) of all income levels. By the end of 2018, it is expected that 50 countries will be contributing data.

Initial results indicate that a high proportion of countries submitting data are already taking action in areas such as planning, dementia awareness and dementia-friendliness (such as facilitating participation in community activities and tackling the stigmatization of people living with dementia) and provision of support and training for carers, who are very often family members.

Of the countries reporting data so far:

81% have carried out a dementia awareness or risk reduction campaign
71% have a plan for dementia
71% provide support and training for carers
66% have a dementia-friendly initiative.

All of these activities are recommended by WHO in the Global action plan on the public health response to dementia 2017-2025. The Plan provides a comprehensive blueprint for action, in areas including: dementia awareness and dementia-friendliness; reducing the risk of dementia; diagnosis, treatment and care; research and innovation; and support for dementia carers. It suggests concrete actions that can be taken by policy-makers, health- and social-care providers, civil society organizations and people with dementia and their careers. The Plan has been developed with attention to the importance of respecting the human rights of people with dementia and engaging them in planning for their care. Targets against which progress can be measured are included.

Just 14% of countries reporting data could indicate the number of people being diagnosed with dementia. Previous studies suggest that as many as 90% of people with dementia in low- and middle-income countries are unaware of their status.

The data also highlight the need for rapid scale-up of research. There have been some encouraging signs in funding available for investment in research for a cure for dementia in recent years, but much more needs to be done. The number of articles in peer-reviewed journals on dementia in 2016 was close to 7000. This compares with more than 15 000 for diabetes, and more than 99 000 for cancer during the same year. Research is needed not only to find a cure for dementia, but also in the areas of prevention, risk reduction, diagnosis, treatment and care.

The Observatory will provide a knowledge bank where health and social care authorities, medical professionals, researchers and civil society organizations will be able to find country and regional dementia profiles, global reports, policy guidance, guidelines and toolkits on dementia prevention and care.

Dementia is an umbrella term for several diseases that are mostly progressive, affecting memory, other cognitive abilities and behaviour and interfering significantly with a person’s ability to maintain the activities of daily living. Women are more often affected than men. Alzheimer’s disease is the most common type of dementia and accounts for 60–70% of cases. The other common types are vascular dementia and mixed forms.