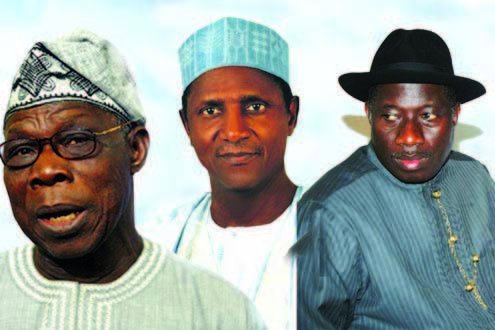 The Socio-Economic Rights and Accountability Project (SERAP) has sent an open letter to President Muhammadu Buhari requesting him to use his leadership position to strengthen and extend the mandate of the Audit Committee on the Recovery and Management of Stolen Assets to cover the periods starting from the return of democracy in 1999, as ordered by the court.

The audit committee established last month by Buhari is to undertake an audit of all recovery accounts established by government agencies. The committee has four weeks to submit its report.

But in a letter dated 9 December 2017 and signed by SERAP executive director, Adetokunbo Mumuni, the organization urged Buhari to “strengthen the capacity of the committee, and to extend the four weeks deadline within which it is expected to submit its report to at least 6 months so that the committee can effectively document the details of information ordered by Justice M.B. Idris.”

According to the organization, “The rule of law might prove to be fragile if its force depends upon the sum of the governmental calculations of costs and benefits made. The kind of commitment needed to nourish the rule of law is a strong political and ethical commitment to obey all judgments of courts in full, and not in part.

The letter read in part: “Extending the mandates of the committee to cover periods starting from the return of democracy in 1999 could have a profound effect on combating the culture of impunity that prevails wherever corrupt individuals feel that the risk of punishment is low, and that they would be allowed to keep their ill-gotten wealth.

“Partial implementation of the judgment by Justice Idris would continue to encourage impunity for grand corruption. And the effects of corruption on the rule of law are not only harmful, but destructive to the entire criminal justice system, as well as erode public trust in law and order. We believe that the more transparent and democratic is a society, the more resilient it would be against corruption. And the more corruption is tamed, and recovered stolen assets properly spent on developmental projects, the more Nigeria can thrive among the comity of nations.

“Detailed terms of reference for the committee have not yet been published. It is also unclear the periods of time covered by the committee’s mandate. These lacunas if not urgently addressed could undermine the effectiveness of the committee, and the integrity and credibility of its work.

“While we welcome the inauguration of the committee as a partial compliance with the judgment by Justice Idris, we urge your government to fully comply with the terms of the judgment by extending the mandate of the committee to cover the periods starting from the return of democracy in 1999, as well as accessing and collecting information on recovered assets as ordered by the court.

“We would again like to draw your attention to the judgment delivered in March 2016 by Justice Idris following a Freedom of Information suit no: FHC/IKJ/CS/248/2011 brought by SERAP. The judgment directed your government to provide SERAP with up to date information on recovered stolen funds since the return of civilian rule in 1999, including: Detailed information on the total amount of recovered stolen public assets that have so far been recovered by Nigeria.