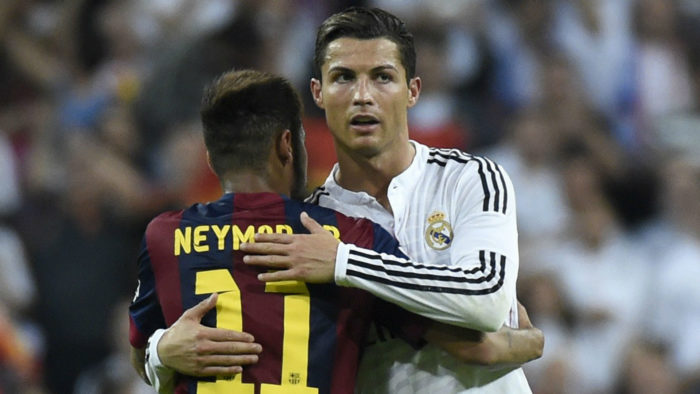 Holders Real Madrid will face Paris St-Germain, PSG, in the Champions League round of 16, while Chelsea have been drawn against perennial foes, Barcelona.

In the draw held on Monday, Tottenham will face Italian champions Juventus.

Chelsea were the only English team to make it through as runners-up, with the other four sides all topping their respective groups.

The Blues have arguably been handed the most difficult tie, and it comes days after boss Antonio Conte conceded that their Premier League title defence was over following their defeat by West Ham, which left them 14 points adrift of Manchester City.

However, Chelsea did beat Barcelona in the semi-finals before lifting the Champions League trophy in 2012.

Real Madrid, who are aiming for a 13th title and third in a row, were given a tough draw against big-spending PSG after finishing behind Tottenham in Group H.

The final will take place in Kiev on 26 May.