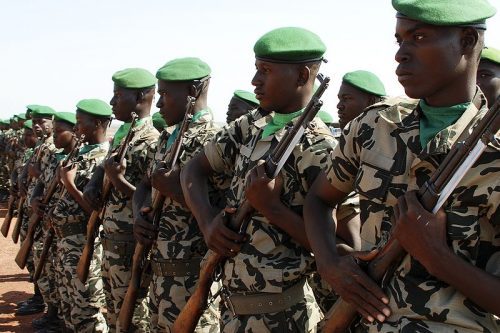 Côte d’Ivoire will pay thousands of soldiers 15 million CFA francs (25,782 dollars) each as part of buy-outs aimed at reducing the size of its unruly and mutiny-prone military, documents showed on Monday.

The costly bonuses paid to end the unrest helped balloon the budget deficit this year, and the episode tarnished its image as one of the continent’s rising economic stars.

The government said on Friday that it would retire around 1,000 soldiers by the end of the year as part of efforts to bring the force, estimated at about 25,000 troops, in line with “accepted standards”.

A spokesman did not say how much the soldiers would receive under the voluntary scheme.
However, a document obtained by Reuters outlining the plan stated that each retired soldier would receive a payment of 15 million CFA francs.

Neither the spokesman nor Côte d’Ivoire’s defence minister were available to comment on Monday.

Diplomats said the move signalled that the government was beginning to implement a military reform law.

According to a copy of the law seen by Reuters, 4,400 troops are to leave the army over four years.

It was not immediately clear if that figure includes soldiers already scheduled to retire during the period.

Côte d’Ivoire’s army was thrown together from rival loyalist and rebel factions at the end of a 2011 civil war that brought President Alassane Ouattara to power after his predecessor Laurent Gbagbo rejected his defeat in a 2010 run-off election.

It remains plagued by internal divisions.

Diplomats and analysts say the force is bloated with unqualified personnel and vulnerable to political manipulation.

An adviser to Parliament Speaker Guillaume Soro, considered a leading candidate to replace term-limited President Ouattara in 2020, was arrested in October after a secret arms cache at his home helped mutinying soldiers halt a loyalist advance.

Soro and his supporters say the charges were politically motivated.