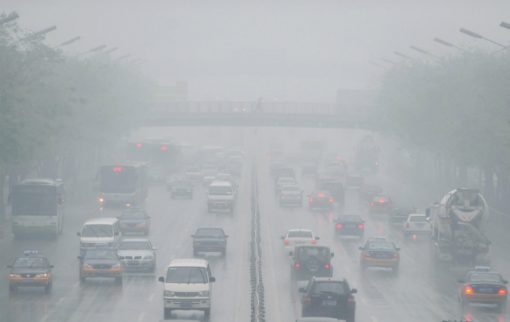 The prevailing hazy weather over major parts of the country has continued to disrupt flight operations, especially in the southern part of the country.

The News Agency of Nigeria (NAN) reports that the disruption has led to flight cancellations by many airlines.

The flight cancellations in many airports across the country begin on Thursday.

An Enugu-bound Ethiopian flight was reportedly forced to return to Addis Ababa on Saturday at the point of landing because of bad weather.

At the Nnamdi Azikiwe International Airport, Abuja on Monday, only flights from Lagos and northern states were being announced for arrival and departure.

Mr Abdulahi Saroke, the Station Manager of Azman Air at the Abuja airport, told NAN that the airline cancelled more than 10 north-bound flights on Thursday and Friday.

He attributed the cancellation to intense harmattan haze in the region.

Saroke said that over five flights from Lagos to Kano, Kaduna, Maiduguri, Yola and Kebbi were cancelled as well as two flights from Kano.

He said that though the weather had improved in the northern region, it had worsened in the southern part.

According to him, as at Monday morning, the flights from Kano and Maiduguri were processed but flights to Enugu and Benin could not be processed because bad weather has shifted to that region.

“The situation has been like that since Saturday but the northern region has improved.’’

Yakubu said that the weather was a natural phenomenon that was beyond human control.

She added that local fight was yet to be recorded as at 2 p.m.

According to her, no flight has also taken off from or landed at Benin airport today.

The Nigerian Meteorological Agency (NiMet), has persistently predicted dust and hazy weather and poor visibility of two to five kilometres and less than 1, 000 metres over the entire country in the last few weeks.

The agency has been warning pilots consistently against adverse weather situations that could affect flight operations.