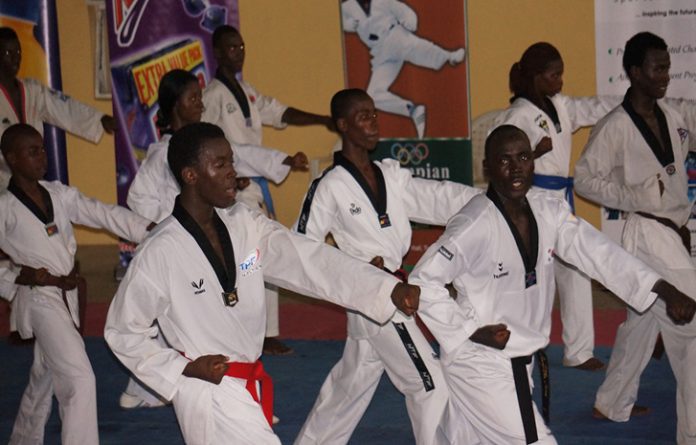 The NSCDC taekwondo team on Monday finished tops of the medals table to emerge winners of the 2017 Nigeria Taekwondo Open.

The first-ever B-ranked Nigeria Taekwondo Federation (NTF) event which began on Friday climaxed on Monday at the National Stadium.

The NSCDC topped the medals table with four gold and one silver, ahead of the Niger Republic national team which came second with three gold and one.

But the Nigeriens won the Best Team of the Tournament Award for winning four medals with lesser number of athletes (6), ahead of NSCDC who won five medals with 17 athletes.

The third position went to Q-Madi Taekwondo Club of Lagos which clinched two gold and one silver medal, with Team Abia won one gold, one silver and three bronze medals for the fourth position.

In the -58kg feeder weight, a new discovery, Charles Okon, representing Kebbi won gold to place his state sixth on the medals table after beating Q-Madi’s Abdulfathi Sanusi in the final.

For +87kg weight male category, Sadiq Abdulrahman from Plateau got gold after defeating Benjamin Okuoimose of Nigerian Army as his state finished in the eighth position on the medals table.

In the 80kg heavyweight male category, Djibo Kadri of Niger Republic won the gold, pipping Nigeria’s Nzelu Chukwudi (Oyo State) by a golden point in extra time after they had ended 8-8 at the end of the final round.

Also, in the senior female +73 kg, Uzoamaka Otuadinma of NSCDC won gold, while Olapeju Oyebanji of Lagos settled for silver.

Similarly, in the -53 kg weight senior female category, Chinazum Nwosu of NSCDC took home the gold, while Iniobong Simon of Bayelsa settled for the silver.

John Victor emerged as the Best Coach, while the Best Referee award went to Rosemary Ugwu.