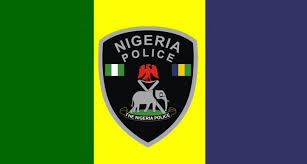 The Police Community Relations Committee (PCRC) of the Enugu State Police Command has concluded arrangement to build a multi-purpose secretariat to enhance police-public relationship in the state.

The command’s Police Public Relations Officer (PPRO), SP Ebere Amaraizu, disclosed this in a statement on Tuesday in Enugu.

Amaraizu said that the foundation-laying ceremony would be performed by the Commissioner of Police in Enugu State, Mr Mohammed Danmallam on Wednesday.

He said the foundation-laying ceremony for the proposed multi-purpose secretariat would be held at the command’s headquarters, Enugu.

The spokesman said: “the ultra-modern multi-purpose secretariat when completed will have a modern conference hall equipped with relevant tools for media briefings.

“The secretariat will also have offices for regular meetings and interface with relevant stakeholders as well as an office for members of the PCRC.

“The project is being undertaken by the PCRC of Enugu State Police Command in partnership with the command.’’