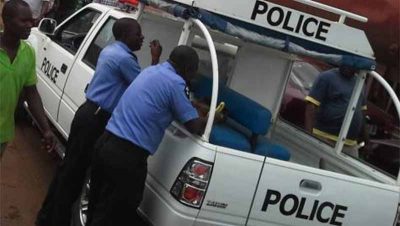 The Police Command in Enugu State is investigating the alleged death of a man identified as Ezekiel Nwamkpa, in a burrow pit incident in Udi Local Government Area.

The command’s spokesman, SP Ebere Amaraizu, said in a statement in Enugu on Tuesday that the incident took place at Amagu village of Nsude community.

Amaraizu said that the incident happened on Dec. 7 at about 12 noon.

“Tragedy struck on Dec. 7 which threw the entire village of Umuezeani of Nsude in Udi Local Government Area into mourning mood as Nwamkpa, 30, was alleged to have been covered by sand from the burrow pit as he was excavating sand.

“The said burrow pit is located at Amagu Village of Nsude community in Udi Local Government Area which allegedly brought about his untimely death,’’ he said

The spokesman said that the body of the deceased had been deposited at the mortuary of a hospital in the community for autopsy.