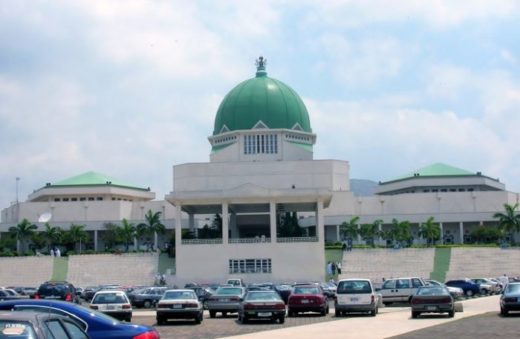 The Centre for Citizens with Disability (CCD), a Non-Govrnmental Organisation (NGO), on Monday urged the National Assembly to facilitate the transmission of Disability Bill to President Muhammadu Buhari for assent.

Director of the Centre, Mr David Anyaele, told the News Agency of Nigeria (NAN) that assenting to the Bill would guarantee full integration of people-living-with-disabilities into the society.

He expressed worry over delay by the assembly to transmit the bill to the President after it was passed in 2016, and said that the agony of the people-living-with-disabilities would continue if the bill was not assented to.

Anyaele claimed that the harmonized Disability Bill was missing in the National Assembly and that efforts to locate it had failed.

“The bill was domiciled at the National Assembly for years with former Presidents Olusegun Obasanjo and Goodluck Jonathan withholding assent after the Senate and House passed and harmonised it for presidential approval.

“On June 9, 2016, the bill for an Act to ensure full integration of Nigerians with disabilities into the society and eliminate all forms of discrimination against them 2016–HB476, was passed by the House of Representatives.

“The commission will be vested with the responsibility of education, healthcare and protection of their social economic and civic right.

“After the passage of the two bills on Nov. 22, 2016, a joint conference committee for the harmonisation of the bill led by Sen. Obinna Ogba and Rep. Oker-Jev Emmanuel was inaugurated.

“One year after the bills were adopted and harmonised, the bill is yet to be transmitted to the president for assent.

“As I speak to you, it is missing and no one can tell where the disability bill that was harmonised and adopted one year ago is.

“Therefore it becomes imperative to call on National Assembly to locate where the bill is and transmit it to the president for assent,’’ Anyaele said.

According to him, because section 42 of the 1999 Constitution is silent on the issue of disability, traditional beliefs and practices continue to stigmatise those living with disability.

“These practices are frustrating people with disability to participate in equal bases with other members of the society.

“More than 25 million Nigerians are living with one form of disability or the other with more than 80 per cent of them living in rural areas with limited access to social infrastructure.

“People with disabilities are not accessible to access to education.

“Out of 36 states in the federation, only eight states have disability bills thereby making Nigeria a difficult terrain to dwell with disability.

“People with disability have been clamouring for protection from harmful practices, discrimination and all forms of abuses,’’ Anyaele added.