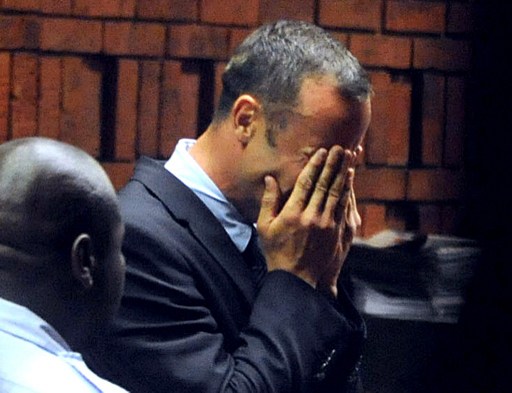 Jailed South African track star Oscar Pistorius suffered a bruise in a fight with another inmate, a prison spokesman said on Tuesday.

The fight was over the use of a phone in prison where he is serving a sentence for murdering his girlfriend.

Fellow prisoners were angered by a long phone call he made and it led to a fight, local media reported.

“Oscar sustained a minor bruise. It was so minor it didn’t need any form of treatment,” said Singabakho Nxumalo, a spokesman at the Department of Correctional Services.

He however said authorities were investigating last Wednesday’s incident.

Pistorius is serving 13 years and five months after the Supreme Court last month more than doubled his sentence for the murder of his girlfriend Reeva Steenkamp in 2013.

Pistorius won six Paralympic gold medals and was known as the “Blade Runner” for his use of carbon-fibre prosthetics.