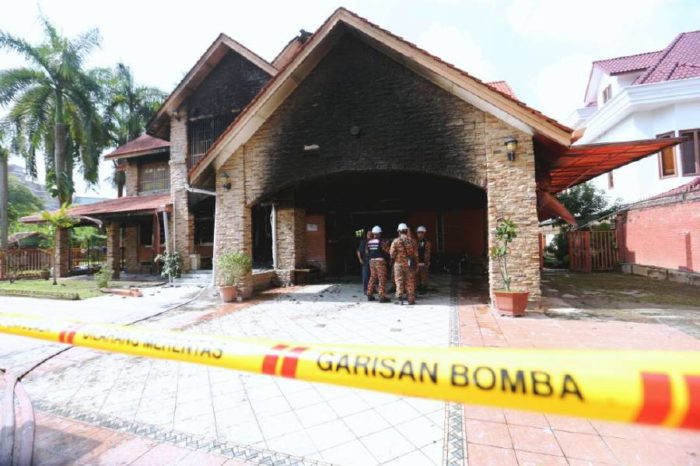 FILE PHOTO: An early morning fire at a nursing home for the elderly in Sungai Long this morning claimed the lives of five people.

Five people died after a fire broke out in a nursing home outside the Malaysian capital on Wednesday, officials said.

Four of the victims were residents in their 60s and 70s, and the fifth was reportedly a 25-year-old Pakistani caretaker.

The incident occurred in Kajang, about 25 kilometres south-east of Kuala Lumpur.

“The two-storey nursing home was not registered, and officials were not aware that the bungalow was operating as such,’’ Lai Wa Chong, a local municipal official, told newsmen.

The official added that the fire department could not vouch for the safety of the home as it lacked a proper license.

Report said the cause of the fire was still under investigation.