Arsenal fumble to a draw at struggling West Ham 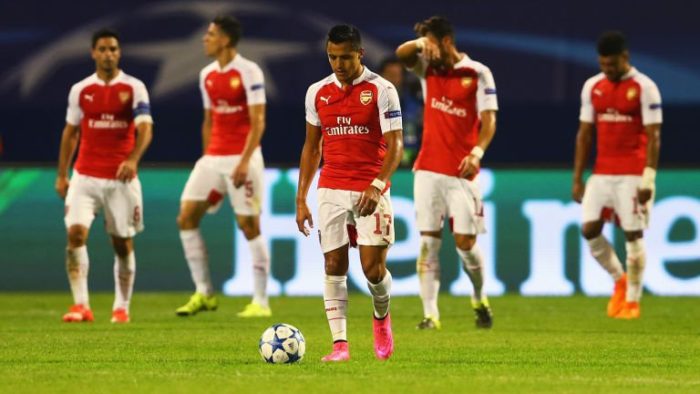 Arsenal are without a Premier League win in three games and are now down to seventh in the table after improving West Ham produced a solid defensive display to earn a valuable point in their fight against relegation.

BBC reports that Alex Iwobi went closest to settling a competitive London derby when the Nigeria forward struck the outside of Adrian’s post after Alexis Sanchez’s pass.

Olivier Giroud and Mesut Ozil wasted chances as the Gunners failed to score in the Premier League for the first time in three months.

West Ham also hit the woodwork in the closing stages through substitute Javier Hernandez after the Gunners failed to clear.

David Moyes’ Hammers, who beat champions Chelsea on Saturday, remain in the relegation zone but are level on points with 17th-placed West Brom.