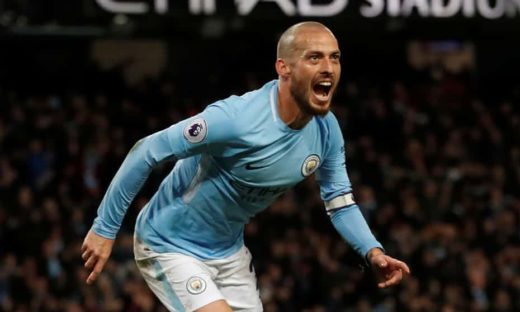 Premier League leaders Manchester City extended their record-breaking run of consecutive top-flight wins to 15 with a stylish dismantling of bottom side Swansea City 4-0.

The procession continued after the interval as the exemplary Silva delicately scooped the ball over Lukasz Fabianski for City’s third.

Sergio Aguero then surged into the penalty area and drove in a late fourth goal to consolidate City’s 11-point lead at the top of the table at a glum Liberty Stadium, BBC reports.

Swansea’s sixth defeat from nine home league matches this season leaves them rooted to the foot of the table, two points adrift of safety.