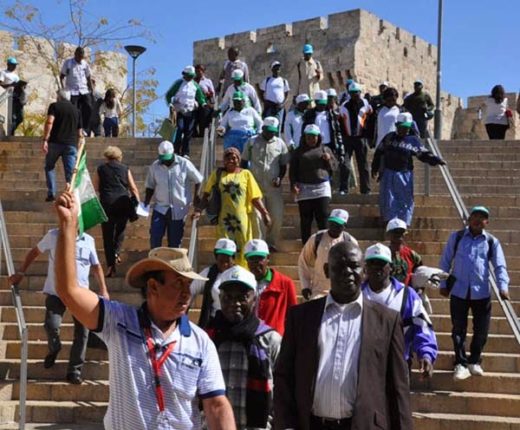 Aloko disclosed this at orientation exercise for the intending pilgrims from the state on Thursday in Lafia.

He said that the contingents from the state consist of 100 government sponsored and four self-sponsored intending pilgrims.

He said the teachers were sponsored by the state government for holy pilgrimage to enrich them spiritually and enhance their capacity to instill good moral discipline on the students.

The executive secretary pointed out that the gesture was the first by the state government to secondary school teachers in the state.

“Four teachers were selected from each secondary school in the three senatorial zones in the state.

“Giving the way youths are indulging in social vices, there is need for teachers to be part of this spiritual exercise so as be better equipped to assist the students,” he added.

Aloko said that essence of the orientation exercise to was to sensitise intending pilgrims on the rules and regulations guiding pilgrimage operation.

He urged the intending pilgrims to be security conscious, steer clear of any form of narcotic substance and abide by all the regulations of Israel.

Mr Ayuba Agwadu, the ” Zhe Migili”, a traditional ruler urged the intending pilgrims to be good ambassadors of the state through their conducts while in the Holy land.

He said that pilgrimage should not be mistaken for mere tourism or luxury trip but as an avenue for spiritual upliftment.

Agwadu therefore charged the pilgrims to use the pilgrimage to pray for God’s intervention in their lives and families, for peace in the state and Nigeria as a whole.

The programme featured lectures by Christian clerics, the Department of State Security (DSS) and the National Drugs Law Enforcement Agency