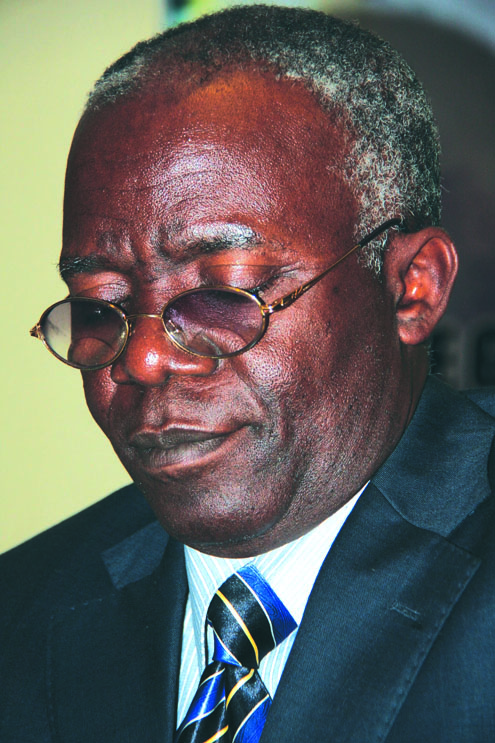 In the past twenty years, our law office has been inundated with complaints from Nigerians who were brutalised in some African countries. Some of the complaints pertain to the barbaric killing of 18 Nigerians during an armed invasion of the Nigerian Embassy in Guinea Bissau on October 8, 2013. It is common knowledge that Nigerians living in South Africa have been subjected to xenophobic attacks which have led to the loss of lives and destruction of property on several occasions. Other Nigerian citizens have been brutalised or killed gruesomely in some other African countries. In recent time, there have been reports of young men and women who were killed in North Africa while crossing the Sahara Desert and the Mediterranean Sea on their way to European countries for greener pastures. In the process, many of the travelers have been captured and sold into slavery in Libya. The federal government has just ordered the evacuation of thousands of Nigerian youth held in notorious slave camps in Libya.

As far as I am concerned, Nigeria has herself to blame for the tragedy in Libya. Without considering her political and strategic interests in the political crisis in Libya, Nigeria blindly supported the illegal resolution of the United Nations Security Council which authorised the invasion of Libya to effect a regime change. While the regime change has ensured uninterrupted supply of the Libyan oil to Western countries, the country has been destroyed completely. Today, not less than five armed gangs are laying claims to the leadership of the country. It has been confirmed that the arms and ammunition looted from the armoury in Libya were sold to the dreaded Boko Haram sect. It is also true that the shameful slave trade, which Nigeria is battling with, is part of the fallout from the removal and brutal killing of President Muammar Ghaddafi by armed gangs supported by the allied forces of imperialism led by the United States under President Barack Obama.

However, while the federal government usually condemns the brutalisation of Nigerian citizens in African countries, the local human rights community has always sought legal redress for the victims and the families of those who were killed in such mindless attacks. Thus, in Registered Trustees of Socio Economic and Accountability Project v Libya (Communication 367/09), SERAP filed a complaint in September 2009 at the African Commission on Human and Peoples’ Rights in Banjul, Gambia to halt the planned execution of over 200 Nigerians on death row in Libya due to the lack of legal representation contravention of article 7 of the African Charter on Human and Peoples’ Rights. Based on the seriousness and urgency of the complaint, the African Commission issued Provisional Measure No ACHPR/PROVM/ LIB/01/75.09 on September 9, 2009 for the suspension of the planned execution of the convicts.

Since President Muammar Ghaddafi was the chairman of the African Union at the material time, I appealed to him, in my capacity as the petitioner’s counsel, to show leadership by example in Africa by halting the execution. President Gaddafi took the African Commission and the human rights community by surprise when he halted the execution and proceeded to grant amnesty to all the convicts. Similarly, in Registered Trustees of Socio Economic and Accountability Project v Republic of The Gambia (unreported Suit No. ECW/CCJ/APP/11/12), the applicant sued the government of The Gambia at the Community Court of Justice of the Economic Community of West African States over the planned execution of two Nigerian convicts on death row.

In line with Order 22 of the Rules of Procedure of the ECOWAS Court, we appealed to President Yayah Jammeh to halt the executions pending the determination of the pending suit. Surprisingly, President Jammeh reacted by announcing a temporary moratorium on the execution of the death penalty in The Gambia. Consequently, the lives of the two convicted Nigerian citizens were saved. In both instances the federal government did not adopt any political or diplomatic measure to protect the Nigerian citizens who were tried and sentenced to death in questionable circumstances. But for the intervention of SERAP, the lives of over 200 Nigerians would have been wasted without any legal justification by two African States.

Apart from not protecting the lives of Nigerian citizens abroad, the federal government receives deportees who are brought back to the country in dehumanising conditions by unmarked chartered planes. In many instances, such deportees are railroaded to prisons where they are detained for months. In the case of Adebowale Adepoju & 24 Ors v Comptroller-General, Nigerian Prisons Service (2016) 1NHRLR 16, the 25 applicants who were illegally deported from Libya were arrested and dumped in Kuje prisons where they were abandoned for months under the pretext that the office of the National Security Adviser was profiling them. The detainees only regained their freedom on the orders of the Honourable Justice Yussuf of the Federal High Court who found that their detention constituted an infringement of their fundamental right to personal liberty guaranteed by section 35 of the Constitution of Nigeria.

However, based on articles 9 & 10 of the 2005 amendment of the Protocol of the Community Court of the ECOWAS which has empowered community citizens and other persons to seek relief in the Community Court for the breach of their human rights, some aggrieved Nigerian citizens have sued some member states of the Economic Community of West African States (ECOWAS) for violating their human rights. In Professor Etim Moses Essien v Republic of The Gambia, the applicant had alleged economic exploitation on the part of the University of The Gambia for engaging him to render technical expertise for one year without equal pay, thereby violating his human right to equal pay for equal work protected by article 15 of the African Charter. The case was dismissed as the Court found no evidence of such economic exploitation in the execution of the contract of employment.

In Ogukwe v Republic of Ghana (Suit No CCW/APP/03/2015), the applicant sued the defendant over the death of his 15-year old son in a swimming incident during a school excursion at Tema sea shore in Ghana on July 15, 2013. Even though the government of Ghana was not found directly liable for the negligence which led to the tragic death of the student it was indicted for the failure of the country’s police to carry out a proper investigation into the incident and punish the culprits, thereby failing in its obligation to defend and protect all persons in its territory. Consequently, the court ordered the government to pay damages of $250,000.00 (two hundred and fifty thousand dollars) to the applicant.

Since the jurisdiction of the Community Court is limited to the West African sub-region, Nigerians whose rights are breached in other African countries would have been able to seek redress in the African Court on Human and Peoples Rights sitting in Arusha, Tanzania. But that is not possible as the federal government has refused to make a declaration accepting the jurisdiction of the Court in line with Article 34(6) of the Protocol establishing the African Court, which provides that “At the time of the ratification of this Protocol or any time thereafter the State shall make a declaration accepting the competence of the court to receive petitions under Article 5(3) of this Protocol. The Court shall not receive any petition under Article 5(3) involving a state party which has not made such a declaration.”

In Femi Falana v. African Union (Application No. 019/2015) the applicant challenged the validity of Article 34(6) of the Protocol establishing the African Court on the grounds that he could not be denied access to the Court due to the refusal of Nigeria to make the requisite Declaration. In opposing the case, the African Union (AU) argued that the obligations of state parties to the African Charter on Human and Peoples Rights could not be inferred upon the AU. By a split decision of 7 to 3 votes, the African Court struck out the case for want of locus standi on the part of the applicant. It was the view of the Court that since the AU is not a party to the Protocol, it could not be subject to its obligation and the Court therefore lacked jurisdiction to entertain the case.

In SERAP v Nigeria (Application No. 001/2013), the applicant had sought an advisory opinion of the African Court to decide whether the citizens of countries governed by corrupt leaders are entitled to sue their governments before the African Court for the hardship they face due to actions of such leaders. While Cape Verde and Zambia staunchly supported the contention of SERAP, the governments of Nigeria and Uganda challenged the competence of the case. The Court agreed with Nigeria and Uganda and struck out the case due to lack of locus standi of the applicant since Nigeria has not deposited the declaration. No doubt, the stand of Nigeria in the case has called to question the commitment of Muhammadu Buhari to the fight against corruption in Nigeria.

Having regard to the facts and circumstances of the illegal human trafficking in Libya, the federal government should demand for payment of monetary damages by the Libyan government to the victims. Although the Libyan government has not been proved to have been involved in the illicit trade, it is liable on account of its failure to curb the crime against humanity. In the case of Hadijatou Mani Karaou v. The Republic of Niger (2008) AHRLR 182; (2008) CCJLR (Pt 3) 1. In that case, the Community Court of the ECOWAS held the State of Niger responsible for failing to protect one of its citizens from enslavement by passively tolerating the practice. The Court awarded damages of CFA 15 million to the applicant who was found to have been enslaved through a forced marriage. The defendant complied with the judgment and abolished slave trade in Niger Republic.

In addition to the demand for payment of compensation to the victims of the illegal slave trade in Libya, the federal government ought to take urgent steps to facilitate access to the African Court on Human and Peoples Rights by aggrieved Nigerian citizens and Non Governmental Organisations by depositing the Declaration accepting the jurisdiction of the Court pursuant to article 1 of the African Charter on Human and Peoples Rights which has imposed a duty on the Government of Nigeria to recognise the rights, duties and freedoms enshrined in the Charter and undertake to adopt legislative or other measures to give effect to them. However, if this request is not granted before December 31, 2017, I will not hesitate to approach the Federal High Court for an order of mandamus to compel the federal government to deposit the Declaration at the registry of the African Court with a view to empowering Nigerian citizens to secure the enforcement of their human rights in the African Court on Human and Peoples’ Rights.