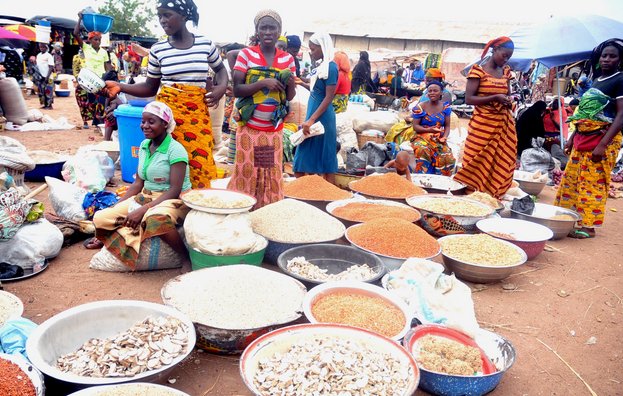 The Senate on Thursday assured shop owners and traders at Utako Market in Abuja that it would protect them from planned eviction by the Abuja Municipal Area Council (AMAC).

The Chairman of Senate Committee on FCT, Sen. Dino Melaye, gave the assurance in a meeting with Utako Shop Owners and Traders Association and AMAC officials.

He assured that the committee would meet and take a  resolution that would be in the interest of the public.

Melaye said that while AMAC had the right to carry out its duties, it should be within the law and in the interest of the masses.

He stressed that whatever activity that would go on should not put the people into hardship.

“The primary occupation of government is the security and welfare of the people.

“At perilous time like this, the senate will not support throwing any Nigerian into excessive hardship.

“For people who depend on these shops to be thrown into economic crisis and problem, the senate will not allow that.

“The senate is like the House of Assembly to the FCT and we can regulate them. I want to assure you that you are protected and the senate will not allow you to be evacuated.

“So I want you to allow us to go into this matter and the resolution will be in the interest of the general public,’’ he said.

Melaye said that what informed the association seeking the intervention of the senate was vote-of-no-confidence that AMAC would do the right thing.

According to him, the shop owners in their petition noted that though they were the owners of the land, previous developmental projects in the past, led to their eviction.

“I think this will serve as a serious lesson to leaders. We leaders either at the federal, state or local government must be honest with the followers.

“It is because of two previous mistakes and lack of integrity that these people are afraid that it there might be a repeat and those fears are germane because the probability of them being evicted is very high.

“In fact, it would have happened if not that the case was brought to the Senate. We heard you had already militarised the people.

“In the event that new shops will be constructed, you will be beneficiaries without paying anything and you will only move in when they are ready. We are not taking any decision today.

“We are going to sit and decide and whatever the resolution is we will communicate to you, but I assure you it will be in the interest of the public,’’ he said.

Earlier, Chairman of the traders association, Mr Nelson Onwuamaodo, had said that the association decided to petition the senate to prevent their eviction.

According to him, we are the owners of the land and should be allowed to operate freely.

He said, “it was bare land and we were given a prototype to build shops across the market and we have been paying our grand rent and all the necessary dues.

“Sometime in 2007, the then chairman of AMAC demolished some part of the market, built some shops and sold them without compensation to those whose shops were demolished.

“Also in 2010, the then chairman also demolished some part of the market and built his own set of shops and sold them without compensation to the original owners.

“Now that we heard that development is going on in that place, we decided to bring our cry to senate.

“This is so that if there is a need for remodelling the market, since we are the right owners of the place, the prototype should be given to us to individually build what AMAC wants.

“We are asking for this based on previous experiences,’’ he said.