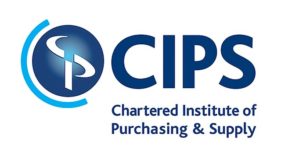 Chartered Institute of Purchasing and Supply Management of Nigeria (CIPSMN)

Alhaji Abdulhamid Oyewo, President, Chartered Institute of Purchasing and Supply Management of Nigeria (CIPSMN), has called for proper procurement process in Nigeria in line with the Procurement Act of 2007.

Oyewo made the call at the 8th Annual General Meeting (AGM) of the institute on Friday in Abuja.

He said that the process of procurement as being practiced in the country currently had failed to meet international standard  and fell short of the country’s procurement law.

He explained that the act provided for the establishment of Bureau of Public Procurement (BPP) and the National Council on Procurement (NCP).

He said that while BPP had been established and inaugurated since 2007, the successive governments had failed to inaugurate the council that would supervise the activities of the bureau.

“The procurement process in Nigeria cannot be said to be perfect since the laws that established it had not been respected.

“It is a question of what the law say, there is the public procurement Act 2017 and there is a law backing the institute also.

“So who ever goes against the law will have to face wrath of the law.

“We are witnesses to what is happening currently in the country where a lot of people who have violated the law are being prosecuted.

“Our backwardness is a result of our not following the laid down procedures and the standard practice because if we are not greedy and we follow the procedures, the country will be better for it.

“We are not doing the right thing. For instance, the procurement act provides for the council and the bureau for public procurement.

“The bureau has been in place since 2007 but the council that is supposed to supervise them is yet to be inaugurated but we are not blaming anybody because we don’t know what is delaying them,” Oyewo said.

The Registrar of the institute, Alhaji Mohammed Aliyu said that the issue of procurement was a serious business that required professionals to drive since it consumed the bulk of national budget.

Aliyu said that the institute had not relented in its effort in ensuring that Nigerian government keyed into the reality of  putting in place a good system that would encourage procurement due process.

He said that wrong procurement system was responsible for high rate of abandoned projects around the country, adding that tax payers needed to derive values for their money.

“Professionals should be saddled with the responsibility of procurement processes because it has to be handled effectively and efficiently because it is tax payers’ money.

“If professionals are saddled with procurement responsibilities they will make sure that the right thing is done such as using the right materials for contract works.

“Public Procurement is the bridge between public access to effective service provision, if handled by qualified and certified procurement personnel, can result in good governance in terms of provision of good roads, schools, hospitals.

“With private sectors as the drivers of the economy, any improvement in the public sector procurement systems can have a direct and beneficial impact on the overall political, economic, social and technological agenda,” he said.

Aliyu said that corruption had retarded the pace of development in the country, and urged procurement professionals to always see corruption as an enemy.