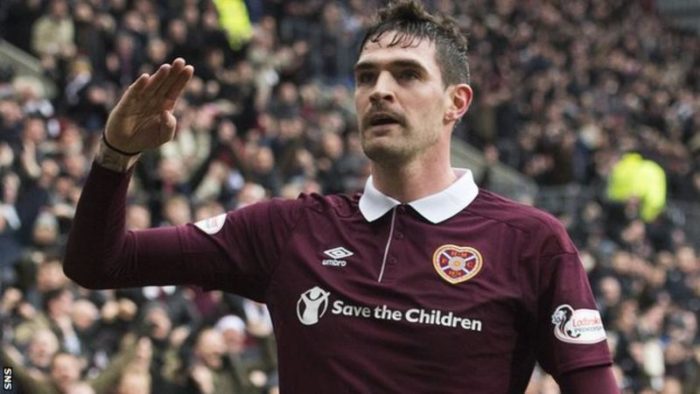 Celtic’s 69-game unbeaten domestic run was ended in emphatic style as they were stunned 4-0 by Hearts in the Scottish Premiership.

The defeat at Tynecastle is the champions’ first domestic loss since a 2-1 reverse at St Johnstone on 11 May 2016 – 585 days ago – and Brendan Rodgers’ first as Celtic manager against Scottish opposition.

The streak began under Rodgers’ predecessor Ronny Deila when Motherwell were thrashed 7-0 on the final day of the 2015-16 season.

According to BBC, in beating St Johnstone 4-0 in early November, Celtic surpassed their own 100-year-old British record of 62 domestic games without defeat.

Celtic, who Rodgers led to the Scottish Premiership, Scottish Cup and Scottish League treble last season, remain top of the league table by two points, with a game in hand over second-placed Aberdeen.

Hearts had not scored three or more goals in a league match since a 4-0 thumping of Hamilton Academical in March.