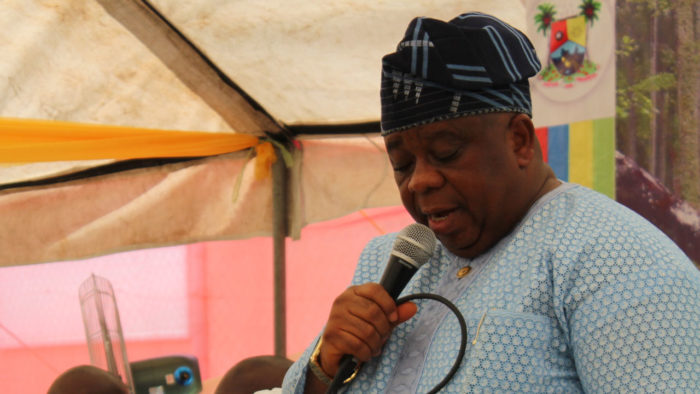 The Lagos State Government has announced that it has launched a full-scale war on indiscriminate disposal of waste, warning that anyone caught violating environmental laws within the State will face the full wrath of the law.

The State Commissioner for the Environment, Dr. Babatunde Adejare, made the declaration at an interactive session with media chiefs in Lagos at the weekend.

The Commissioner spoke against the backdrop of the worsening situation where some Lagos residents have formed the habit of dumping waste at illegal spots, thereby sabotaging on-going efforts to rid Lagos State of filth.

Adejare noted with concern that soon after littered black spots and illegal dumping sites were cleared, some residents would return and dump waste at the same spots.

He admonished residents to use approved and legitimate dumping sites to dispose their refuse to avoid arrest and prosecution.

“The Cleaner Lagos Initiative (CLI) was born out of the need for Lagos to employ the operating standards adopted by other countries in the area of waste management. With the introduction of the CLI, we have launched a full-scale war on improper waste management within the State.

“The CLI is the solution to the recurring complaints about the manner waste is disposed within the State. I have no doubt that it will be a huge success when we roll it out fully by next year,” said the Commissioner.

Taking a cue from the State Governor, Mr. Akinwunmi Ambode, who advised Lagos residents during his budget presentation speech to pay their Public Utility Levy (PUL), Adejare stated that the PUL is a consolidated fee replacing former waste charges collected by the government from property owners and residents, positing that the new policy would help in optimising efficiency in the waste management process, and therefore enjoined Lagosians to pay their bills as at when due.

On the dispute between Private Sector Participants (PSPs) and the State Government, Adejare said the PSPs lacked the capacity to handle the over 10,000 metric tonnes of waste generated in Lagos daily in an effective and scientific manner, adding that Lagosians would see the impact of the new arrangement when it becomes fully implemented.

He added that Governor Ambode had already mandated officials of the State to ensure that the PSPs were accommodated in the CLI, believing that indigenous operators must play a part in the process.

Adejare said that as a result, qualified PSPs would handle the evacuation of commercial wastes in Lagos State under the CLI.

He reiterated that over 30,000 Community Sanitation Workers (CSW) were being recruited to work under the CLI, adding that they would be paid above the minimum wage and enjoy other incentives like insurance coverage and tax breaks, and would not need to spend any money on transportation because they would operate in their respective wards.

Besides, Adejare praised the management of Visionscape Sanitation Solutions Ltd. for the roles they have played in helping clean over 1,000-litter black spots and illegal dumpsites to date within the State as an interim measure.

Earlier, in a separate presentation, a consultant to the Lagos State Government on environmental issues and Managing Director of SWM Solutions, Mrs. Tolagbe Martins, disclosed that the Lagos State Government had conducted an in-depth survey to ascertain the volume of waste generated in Lagos and from where, adding that a system was thereafter evolved to evacuate waste in a manner that would make Lagos State clean on a sustainable basis.

In another presentation by a representative of Visionscape, a globally acclaimed environmental utility group and the primary waste collector under the CLI, the Environmental Products and Services Manager, Ms. Maimuna Maibe, highlighted the various projects undertaken by the company across Lagos State in the build up to the full commencement of operations such as the retrofitting of three transfer loading stations at Agege, Oshodi and Simpson; the engineering of the Epe Landfill, now in advanced construction stage; three maintenance depots in different parts of Lagos; the acquisition of over 500 brand new compactors; 900,000 electronically tracked waste bins for homes; and thousands of various sizes of waste bins, some of which have already been deployed.