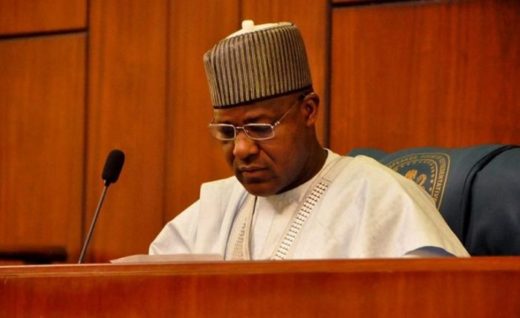 Speaker House of Representatives, Mr Yakubu Dogara, on Tuesday in Abuja said the National Assembly was committed to ensuring that local government administration in the country got autonomy.

He made this known at the Retreat of the Secretary to Government of the Federation (SGF) and Secretaries to State Governments (SSGs).

He said that autonomy for the councils was essential for development to get to the grassroots.

“As long as we want development to get to the door-step of our people, the autonomy is necessary.

“This is the institutional position of the national assembly in line with the provisions of the law.

“The national assembly will continue to remain resolute to ensure that local government autonomy is achieved in Nigeria.

“We will continue to take advantage of the legislative right given to us to ensure that local government autonomy is realised.

“The local government chairmen are in bondage inflicted on them by the governors and this bondage must be released to ensure development at the grassroots level,’’ he said.

According to the speaker, the state governments abuse the Constitution in relation to the Joint Account, which they are meant to be mere trustees and not beneficiaries.

He explained that state governments took over the joint account meant for the state and the local government.

“The state government which are believed to be mature must be seen to be doing exactly what the Constitution has stipulated in relation to the joint account.

“If this is not done, the right thing will not be achieved.’’

Khaleed added that local government was a critical tier in government, and that some constitutional reforms must be made to bridge the gap between the government and the people.

“Local government was established to bring development to the citizens at the local area, but the system has completely been bastardised and the essence of its establishment has not been achieved.

“We are advocating for autonomy not because of increase in wages or welfare for staff but to make sure we contribute our quota in national development.

“The local government system in the United States of America is one of the best and it is independent,’’ Khaleed said.