Amnesty: 12 released from Kirikiri for Xmas 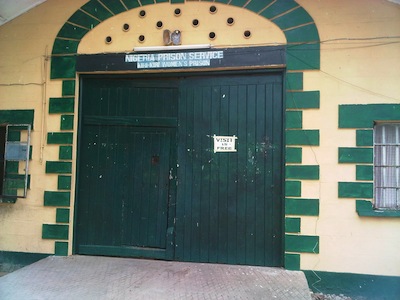 A total of 12 lucky inmates of Kirikiri Maximum Prison in Lagos were set free on Tuesday to spend Christmas with their families and loved ones.

The News Agency of Nigeria (NAN) reports that the prisoners regained their freedom under an amnesty programme of Lagos State Advisory Council on the Prerogative of Mercy aimed at decongesting the prisons.

The chairman of the council, Prof. Oyewo Oyelowo, said that the freed inmates have acquired skills, served sufficient period of time, shown remorse for change and ready for rehabilitation.

He said that a parol system would be established to monitor and follow up on the inmates after the release to ensure that they did not go back to their old ways of crime.

Oyelowo urged government to enhance the policing system to ensure that criminals did not find it easy to commit crimes.

Mr Tunde Ladipo, Controller of Prisons in Lagos State, appealed to the state government to provide towers in prisons for watching and monitoring movement of both inmates and the personnels.

He commended the Lagos State Government for setting up the council on prerogative of mercy to decongest prisons.

The committee had released 20 inmates during its visit to the prison in March this year.