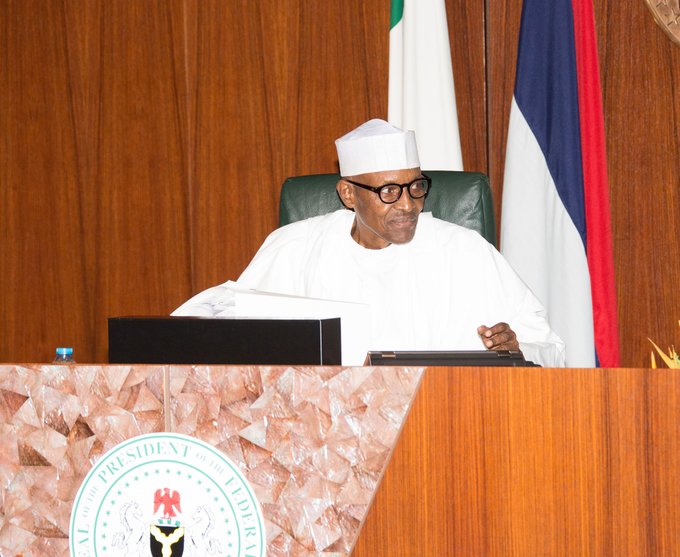 The Presidency on Wednesday said the meeting of the Federal Executive Council, FEC, presided over by President Muhammadu Buhari, will extend till Thursday.

Senior Special Assistant to the President on Media and Publicity, Garba Shehu, who disclosed this in Abuja said that the meeting was extended to Thursday to enable the council deliberate and take decisions on pending issues.

He said the Federal Government planned to make Nigerians happy by providing tangible and meaningful projects to uplift their quality of life.

President Buhari had earlier on Wedneday, shortly before the commencement of the weekly Federal Executive Council sworn-in the remaining seven permanent secretaries out of the 22 appointed earlier in the year, Channels tv reports.

At the FEC meeting, the council approved Abuja-Kano road for N155.7billion. Other roads are Ondo-Ogun and Enugu-Onitsha.

Nine universities were also approved to get independent power plants at the sum of N38.915billion.

The Council also submitted that the Police service commission headquarters in Abuja will be completed.

The Federal Government will also purchase textbooks for primary school at the cost of N6.9billion and Nnamdi Azikiwe mausoleum got approval for completion.