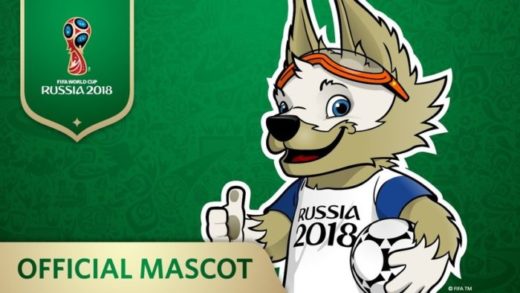 China’s number two dairy company will be the official supplier of drinkable yoghurt and pre-packaged ice cream at next year’s Cup finals.

This was after it signed an agreement with global football body FIFA on Wednesday.

China Mengniu Dairy Company became the fourth company from the country to sign a deal with FIFA, after Dalian Wanda, Hisense and Vivo.

Chinese firms have increasingly been backing high-profile world sports events, especially in football, even though the country’s own team failed to clinch a spot in the tournament.

“Mengniu is one of the biggest dairy producers in the world and is a strong brand in the Chinese market. Growing the game worldwide is one of our key priorities,” said FIFA’s chief commercial officer Philippe Le Floc‘h.

Wanda is a so-called tier-one partner, meaning they receive the highest sponsorship rights, including rights to all FIFA competitions and corporate activities up to and including the 2030 FIFA World Cup.

Mengniu, Vivo and Hisense are so-called tier-two partners who have sponsorship rights for the tournament in Russia.

FIFA is trying to recover from the worst corruption scandal in its history.

It has been struggling to sign up sponsors since several dozen football officials, including several in senior FIFA positions, were indicted in the U.S in 2015 on corruption-related charges.

FIFA offers a maximum of 36 sponsorship slots and it still has around half of those open six months before the tournament in Russia.

FIFA needs sponsorship to help reach its target of a 100 million dollars surplus for the four-year cycle ending at the 2018 World Cup.

It is also under pressure to increase its revenue after president Gianni Infantino, elected last year, promised to increase payouts to its 211 member federations to develop the sport.