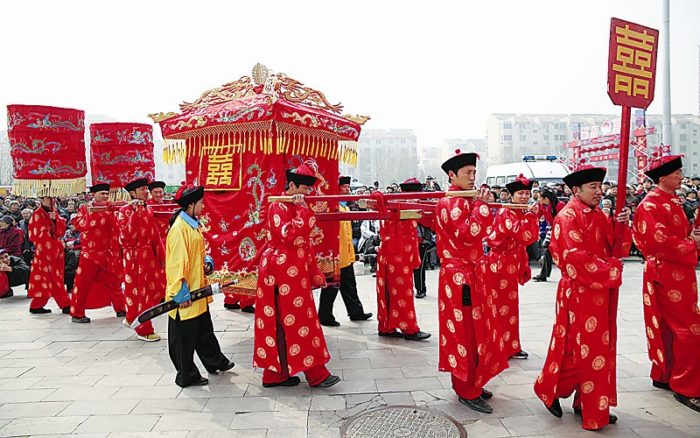 More than 85 percent of young Chinese have been pushed by older family members to get married, a survey by China Youth Daily reported on Thursday.

Over 69 percent survey said that they felt pressure when being pushed.

“I plan to get married before 30, but my parents are always asking me to find a boyfriend soon, it makes me anxious whenever they push me,’’ Hou Weiwei, 25 said.

The survey showed nearly half of respondents are reluctant to chat with their parents because their parents mentioned marriage so frequently.

Over 32 percent are increasingly unwilling to go home, and over 26 percent have doubts about themselves.

Ling Zi, a member of Zhejiang Mental Health Association, said that both parents and their children should receive education about marriage.

“Young people should tie the knot after knowing their partners well, instead of rushing into a marriage because of age,’’ Ling said.

The survey questioned 1,984 people who had reached or were over the legal age for marriage in China, 22 for men and 20 for women.