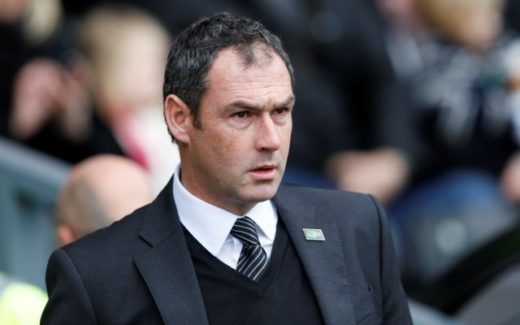 Swansea City has sacked manager Paul Clement after less than a year at the helm as the Premier League bottom club desperately search for a way out of the relegation mire.

As the season approaches its halfway point, the Welsh side are already four points adrift of safety following Monday’s 1-3 defeat at Everton, with just three wins in their first 18 Premier League matches.

“We can confirm that the club has tonight (Wednesday) parted company with head coach Paul Clement,” the club said on its Twitter account.

The Clement is the sixth English Premier League (EPL) manager to lose his job so far this season.

Swansea’s owners will be banking on fresh impetus from a new boss to lift the team up the table, with the likes of Leicester and Everton boosted by new appointments in recent weeks.

“To change the manager, especially at only the halfway point of the season, is the last thing we wanted to do as a club,” said Swansea City chairman Huw Jenkins in a statement.

“We had three different managers last season and as a result we all wanted to give Paul as much time as possible to turn things around.

“But we felt we couldn’t leave it any longer and needed to make a change to give us the best chance of an uplift and a turnaround in fortunes with the club bottom of the Premier League.”

He took over at Swansea in January, replacing Bob Bradley, with the club bottom of the Premier League and tipped as odds-on favourites for relegation.

But he masterminded four wins from his first six games, including an impressive victory at Liverpool, to earn himself the Premier League manager of the month award for January.