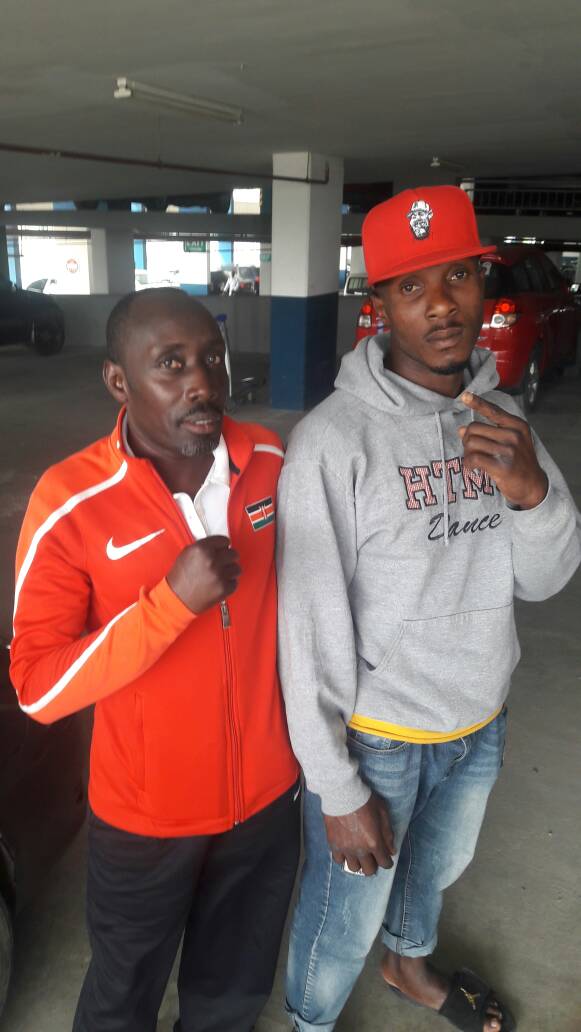 Shadrack "Punch To Punch" Kobero, arrived Nigeria with his manager

Kobero, who arrived aboard a Kenyan Airways flight, was accompanied by his manager.

Kobero said he is familiar with Fijabi’s weaknesses and will capitalise on them to win the title.

“I said before that I am not here for vacation. I mean business. I have come to win and win I will. Fijabi is not a threat. In fact, I will beat him easily,” he said.

Also on the card are three national challenge duels.

Tickets for the event are available online at ariiyatickets.com, SLOT and Ebeano Supermarket outlets, Freedom Park and National Stadium.

There will be free bus ride to take ticket-holding fans to the venue from the National Stadium and back to the stadium at the end of the show.