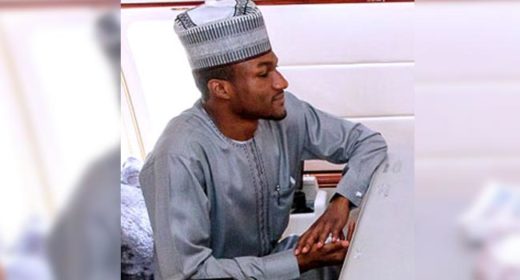 Staff of the Presidential Villa on Thursday in Abuja offered special prayers for the quick recovery of the president’s son, Yusuf Buhari.

Yusuf was involved in a bike accident on Tuesday night in Abuja.

The prayer session, which was held immediately after the afternoon (Zuhr) prayer, was led by the Chief Imam of Aso Rock Mosque, Sheikh Abdulwahid Suleiman.

Suleiman prayed almighty God to continue to guide and protect the first family and all Nigerians.

He also prayed for peace, tranquility and progress to reign supreme in the country.

Among those at the prayer session were the President’s Aide-De-Camp (ADC), Col. Lawal Abubakar; Malam Garba Shehu, the president’s Senior Special Assistant on Media and Publicity; the president’s Chief Personal Security Officer, DCP Abdulkarim Dauda, as well other presidential aides and staff of the villa.

It would be recalled that a presidential spokesman, Malam Garba Shehu, had on Wednesday in a statement confirmed that Yusuf, who was involved in a bike accident, was in stable condition.

He said that Yusuf had the accident on Tuesday night around Gwarimpa area in the Federal Capital Territory (FCT), Abuja.

Shehu said Buhari junior broke a limb and also sustained an injury on the head as a result of the incident.

“He has undergone surgery at a clinic in Abuja. He is in a stable condition.

“The President and his wife, Mrs Aisha Muhammadu Buhari, are thankful to Nigerians for the good wishes and prayers for their son,” he said.

The presidential aide had also on Thursday dismissed as `fake news’ an online story that Yusuf was flown out of the country early Thursday morning following his severe head injury.

Shehu was reacting to an online media outfit which reported that Buhari had been flown to Germany over head injury he sustained following the mishap.

The online medium posted on Thursday: “As previously reported by TheCable, he (Yusuf) is being flown to Germany for specialist care.

“The family is said to have decided on Germany.

“He was driven to the Nnamdi Azikiwe Airport, Abuja, in an ambulance with oxygen support.

“An orthopedic consultant with specialisation in head injuries was also on the flight to monitor his progress.’’

However, Shehu said Yusuf was still being treated at a private hospital in Abuja.