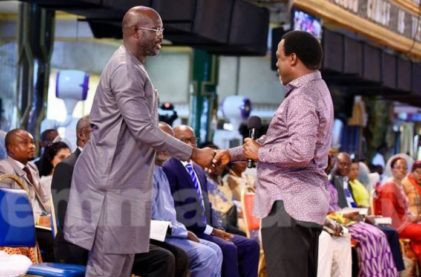 The former minister while congratulating Weah on his well deserved victory, stated in a tweet, “I congratulate George Weah on his election as the President of Liberia.

“I thank God for his life and for that of Prophet T.B. Joshua who prayed for him and assured him of victory when he visited him in his Church in Lagos a few weeks back.

“This is a well deserved victory!”