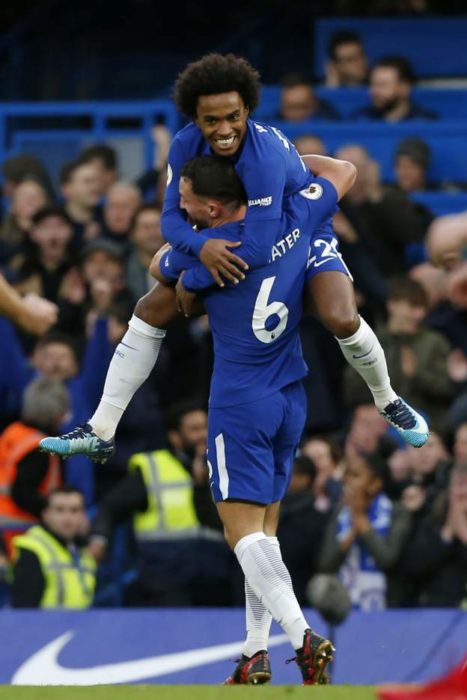 Chelsea cruised to victory against Stoke in a game that was over as a contest within 23 minutes, as the Blues won 5-0.

The Blues, who rested Eden Hazard, doubled their lead when Danny Drinkwater fired home on the bounce from 25 yards out, and Pedro added a third from just outside the box with only a quarter of the game gone, BBC reports.

Stoke striker Mame Biram Diouf had a goal harshly ruled out after using his upper arm to control a long ball before smashing home.

The game almost descended into a training match, with Chelsea going 50 minutes before adding a fourth through Willian’s penalty.

Davide Zappacosta scored a late fifth from 20 yards out as the Blues made it five wins from their last six games.