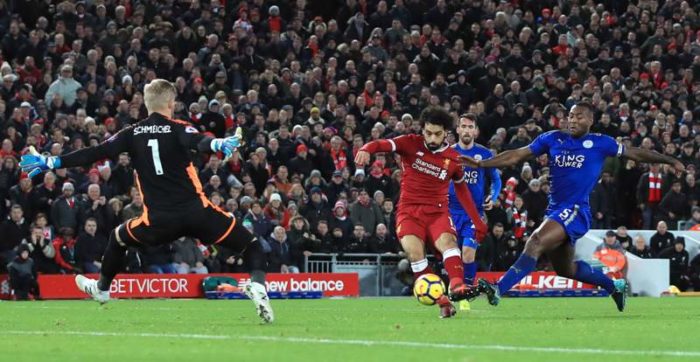 Mohamed Salah’s double helped Liverpool extend their unbeaten run to 15 games in all competitions with victory against Leicester at Anfield.

Jamie Vardy gave the visitors an early lead when he poked home a Riyad Mahrez pass across the box before Salah equalised in the second half.

According to BBC. The Egypt international then turned Harry Maguire on the edge of the area before firing in his second of the day – and 17th Premier League goal of the season – to give Liverpool the lead.

Jurgen Klopp’s Reds will finish the year in fourth place. Leicester remain in eighth but have now gone six games without a win.