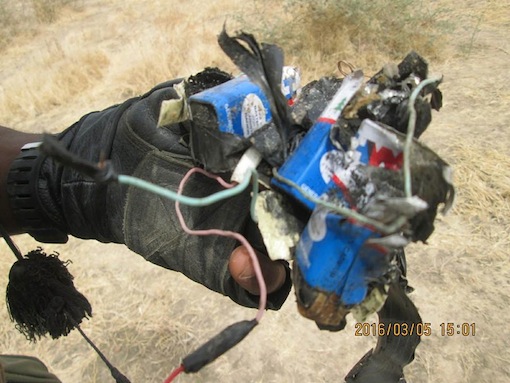 Some people are feared dead in a bomb attack on Madagali Local Government Area of Adamawa on Monday.

A source revealed that the bomb was planted on a road side in the town.

It added that about three persons lost their lives in the attack.

Mr Othman Abubakar, the Adamawa Police Command spokesman confirmed the development but said only one person was killed.

He said that the command was still gathering information for full details.

“I received a call from Madagali LGA Council chairman about the incidence but due to poor network the conversation cut off.

“I tried several times to reach him but it failed,” Furo said.

He said that the agency has yet to get clear details of the attack.