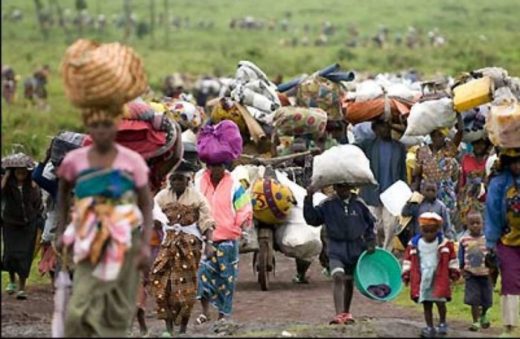 The Civil Society Legislative Advocacy Centre (CISLAC) has called on the Federal Government to as a matter of priority ensure speedy adoption of national policy on Internally Displaced Persons (IDPs) in Nigeria.

The CISLAC Programme Officer, Mr Austin Erameh, made the call at the presentation of Media Toolkit on IDPs in Abuja.

Erameh said that there was need for urgent measures to institute legislative frameworks for the protection and welfare of IDPs in the country.

According to him, IDPs are people who have been forced to flee their homes as a result of human or natural disasters and have not crossed an internationally recognised state border.

He said that they differed from refugees only in the sense that they remained within the boundaries of their countries.

Erameh said: “This distinction unfortunately reduces the attention that is typically given to their plights, especially in developing regions of the world like in Nigeria.

“The onus remains on the government to ensure that the draft policy on IDPs is adopted; the government needs to agree that this document is a priority for us.

“This is because it does not speak very well of Nigeria as a country that in spite of the millions of people that were affected by insurgency in just the North-East alone.

“ Let alone the entire forced displacement that also occurred during the flooding and communal clashes that we see everyday, that the country still lacks holistic law or policy.’’

He urged the government to prioritise the passage of the law so as to address the plights of IDPs in Nigeria.

Also, Mr Okeke Anya, the Senior Programme Officer of CISLAC, said that there were so many things about the IDPs which Nigerians did not know about.

According to Anya, we want to engage the media, because we feel that the media does not have necessary tool to work in terms of information on IDPs.

“So, we are here today to share a media toolkit that can help to fully get some background information on IDPs to enrich their reports,’’ he said.

Anya said the situation of IDPs in Nigeria had been affecting everybody, adding that anybody could be an IDP at any time; so, there was need to have a legal framework.

This, he said, was imperative in order to find solutions to IDPs situation in Nigeria.

Anya said that after many years of suffering from disasters, Nigeria has yet to have a law that addressed the issue of the IDPs.

He said that due to lack of legal framework, most organisations working on IDPs issues in Nigeria engaged the issue on an ad hoc basis.

The senior programme officer said that there was also inadequate awareness on IDPs issues among the public and officials.

He said that there was weak policy and institutional framework as well as poor knowledge of existing draft national for managing internal displacement.

Anya said there was need to find solutions to this, adding that what was needed was to fast track the policy to solve the loopholes.