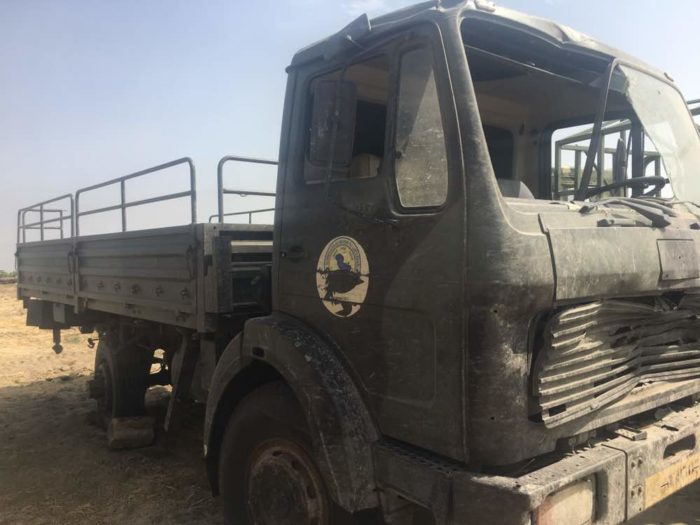 The Nigerian Army on Saturday said 1,050 insurgents had surrendered to troops in Lake Chad and Monguno general area of operations, as it also warned that many of them were on the run.

The army urged abutting communities to watch out for the fleeing Boko Haram insurgents as their enclaves in Lake Chad region came under intense onslaught.

Col. Onyema Nwachukwu, the Deputy Director, Army Public Relations, Operation Lafiya Dole, made the disclosure in a statement in Maiduguri.

Nwachukwu disclosed that 250 fighters of the Al Barnawi-led faction of the insurgents had surrendered to Nigerian Army, sequel to artillery and aerial bombardments by troops of Operation Lafiya Dole of their enclaves in Lake Chad basin.

He added that 700 insurgents also surrendered to troops at Monguno in an ongoing clearance operation.

Nwachukwu explained that Mamman Nur, another factional leader of the insurgents sustained fatal injuries and one of his wives killed in the operation, while many of the insurgents who escaped, surrendered to Niger Defence Forces.

The army spokesman noted that some of the insurgents fleeing from the ongoing offensive were senior and junior commanders of the Al Barnawi faction.

“The insurgents are attempting to melt into communities in and around Kano, Geidam and Gashua axis unnoticed. One of such fleeing commanders is Bana Bafui.

“Members of the general public, particularly in Kano, Geidam, Gashua, Hadejia and northern part of Jigawa State are therefore enjoined to be vigilant, watch out for strange faces in their communities and report same to security agencies.”

Nwachukwu called on the insurgents to surrender, adding that the Federal Government had provided a window through the Operation SAFE CORRIDOR to encourage the insurgents’ voluntary surrender.

He revealed that about 300 insurgents were currently undergoing de-radicalisation process for possible integration into the society.

“We call on Boko Haram insurgents to abandon the futile struggle; take advantage of the Safe Corridor programme and surrender to troops in any location nearest to them.

“We guarantee their safety and incorporation into the programme for de-radicalisation and rehabilitation.”