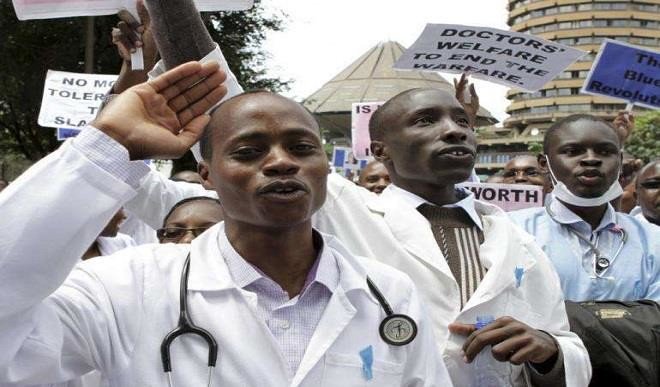 The Nigerian Medical Association (NMA) in Kogi on Sunday directed its members to resume strike on Monday over an alleged failure by the state government to meet their demands.

Dr Godwin Tijani, the Chairman of the association, said in Lokoja that the inability of the state government to pay the doctors’ full salaries was unacceptable.

Besides, Tijani said all the doctors’ associations and union dues, as well as members’ cooperative society contributions, were not remitted in full whereas 100 percent taxes were deducted from their salaries.

According to Tijani, even some doctors are yet to be paid.

“Congress, therefore, resolved that all its members across the state should resume total and indefinite withdrawal of healthcare services from all hospitals in Kogi, with effects from 12:00 midnight on Sunday, Jan 7, 2018.

“We want the government to give a definite timeline for the full implementation of adjusted CONMESS (new salary structure) for doctors in the state civil service and the accrued arrears since January 2014.

“Congress will reconvene once the state government responds appropriately to the aforementioned demands,” he said.

Tijani, however, appreciated the commissioners for Health and Finance and others, who were at the Congress to douse tension and ensure the peaceful resolution of the matter.

He also commended their members for their patience and understanding.

It would be recalled that the Kogi NMA had suspended an earlier strike over the demand on June 22, 2017, following the state government assurances that it would meet their demands.