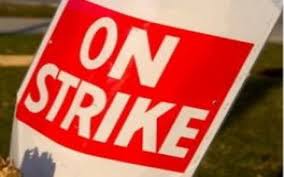 Parents in Kafanchan have called for dialogue between the Kaduna State Government and Nigeria Union of Teachers (NUT)to end ongoing strike by public school teachers in the state.

A section of parents said in separate interviews in Kafanchan on Thursday that only amicable solution of the issues ends the current impasse.

The NUT on Monday ordered its members to embark on an indefinite strike over job security and welfare issues.

Mr Ishaya Yayock, a retired civil servant and resident of Garaje, Kafanchan, said the compromise was necessary on all parts to ensure the resumption of normal academic activities in government schools.

According to him, speedy resolution of the crisis would prevent adverse disruption of the academic calendar.

Another resident, Malam Lawal Ibrahim expressed concern that the strike would impact negatively on pupils preparing for Common Entrance Examination.

“The NUT and government should spare a thought for the future of the young ones who will be roaming the streets because of the ongoing strike,” he said.

According to him, any industrial action by workers in the education sector ultimately leaves negative consequences on the learners who are mostly from poor homes.