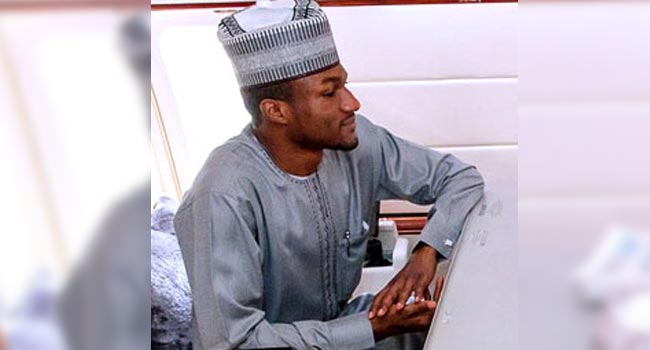 Yusuf Buhari, son of Nigeria’s President, Muhammadu Buhari has been discharged from the hospital.

Yusuf was involved in a bike accident in Abuja on December 26, 2017.

The President’s Personal Assistant on New Media, Bashir Ahmad, confirmed the development on Friday on his Twitter handle and Facebook page.

“Wish him a complete and speedy recovery,” Ahmad wrote.

The Presidency had, earlier in the day, issued a statement indicating that Yusuf’s health had improved remarkably and that he was ready to be discharged, Punch reports.

The Special Adviser to the President on Media and Publicity, Mr. Femi Adesina, disclosed this in a statement made available to journalists.

Adesina said the news of Yusuf’s improved health and imminent discharge was contained in a statement dated January 12, 2018 and issued by the Medical Director of the Cedarcrest Hospital, Dr. Felix Ogedegbe.

He was however not specific on the exact day Yusuf would be discharged.

He reproduced Ogedegbe’s statement, which also denied media reports that the President’s wife, Aisha, also suffered shock and was treated at the hospital.

He also quoted the report as saying that there was also no truth in the report that Yusuf was involved in the accident alongside his friend.