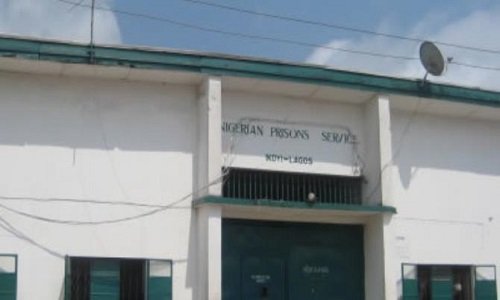 The Lagos State Government has activated discussions with the Federal Government to relocate Ikoyi Prison to the outskirt of Epe, the State’s Attorney General and Commissioner for Justice, Mr Adeniji Kazeem said on Friday.

Speaking at a media parley with judiciary correspondents and editors in Alausa, Ikeja, Lagos, Southwest Nigeria, Kazeem said the prison, which was established in 1955, has outlived its suitability for the present location, and there was need to relocate it to another place where it would better perform its primary duty of serving as a correctional centre.

He said though the issue of prison, being on the exclusive legislative list, was not within the purview of the State Government, but Governor Akinwunmi Ambode was passionate about prison reforms and had been investing on critical infrastructure.

He said: “We are very passionate about prison reforms. Unfortunately, issues about prison as you know are on the exclusive legislative list. They are things not within our control but the reality is that we can’t look away. The police is not under our control but we have made major interventions in that area because it affects us and I know that almost all the security agencies that operate here, the Lagos State Government has made one intervention or the other including in the prison.

“As we speak, there has been an ongoing matter with Ikoyi Prison. Discussions have been ongoing with the Federal Government to relocate that prison to possibly Epe or some other locations and free up that space.

“The whole idea is that that prison is congested and right in the middle of the city. What we are going to agree with the Federal Government is to get the design, build a world class prison facility and make it truly a correctional centre. In America and other places, the prison is meant to correct the behavior of the people that go there so that they can come out and become better people in the society.

“One thing the Governor has said is that he would intervene even though it is a federal problem so to speak but we have no choice because it deals with issues in our State. There are issues about infrastructure, hygiene, accommodation, food and so on with the prisons. I have visited there and know the issues but we have to take it piecemeal,” Kazeem said.

The AG also explained the rationale behind the withdrawal of $8.8million fraud charge before a Lagos High Court in Ikeja against an Indian-Briton, Deepak Khilnani and his co-defendant, Dr Sushil Chandra by the Lagos State Directorate of Public Prosecutions (DPP), saying the review of the facts of the case showed that it was a commercial dispute and not a criminal matter.

Khilnani and Chandra were charged to court for allegedly defrauding their Nigerian business partner, Green Fuels Limited, to the tune of $8.8million sometime in 2008, but the case was struck out by Justice Oluwatoyin Ipaye after the DPP entered Nolle prosequi (no prosecution).

Kazeem said: “One of the things when I got into this office is that I found out that as it happens in other places too, the office of the DPP has often been used as a tool to settle scores; scores that are not criminal but commercial and civil. The DPP’s office is dealing with issues that relate to over 22million people with regards to crime. They are already overburdened and one of the things I said to the DPP is that this office will not be used as an instrument to settle criminal or commercial-related issues.

“If you have commercial-related issues, go to commercial court and go and sort those problems. When there are issues that have already gone to a certain stage, review all the facts and let us take a position so that we can move forward and one of such files is this particular one and after a thorough review by the DPP, we came to the unsalable condition that that matter was not criminal in the opinion of the office of the Attorney General.

“Also, while that so-called matter was attempting to progress through the criminal court, there was already a matter in the civil court instituted by the same people on this matter that is commercially related. Anytime we take a matter to court from this office, our intention is to win. We don’t have time for frivolity. After the DPP’s review on the matter, we sent the case file together with out report to the AIG Zone 2,” the Attorney General said.

He said while Section 211 of the Constitution empowers his office to withdraw criminal cases, he was aware that such must be carefully utilized, and that the decision was in the best interest of the State.

According to him, “The aggrieved party in the case went to court to challenge what we did but the court, after our response, came to the conclusion that the matter had no merit and the case thrown out.

“I understand that they intend to go on appeal which is their constitutional right but I am willing if the people want, they can come, we can explain the issues to them. This office is an office with a huge burden and you take tough choices. That choice that we have taken has freed up considerably the DPP to face the major issues such as kidnapping, sexual assault, rape, defilement, armed robbery and so on, and not waste valuable manpower and time on commercial matter when there is a commercial court.”