Union advocates for inclusion of non-teaching staff in reconciliation committee 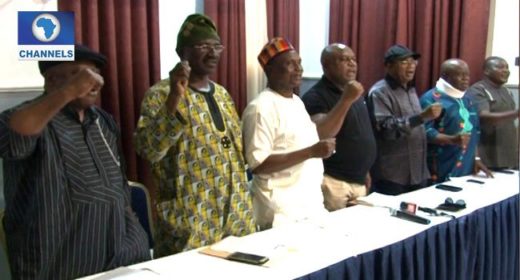 The Senior Staff Association of Nigeria Universities (SSANU) on Friday urged the Federal Government to include non-academics in any committee set up to proffer solutions to challenges of Nigerian tertiary institutions.

The Chairman, SSANU, Lagos State University (LASU) chapter, Mr Saheed Oseni, made the appeal in an interview with the News Agency of Nigeria (NAN) in Lagos.

Oseni said it was unfortunate that over the years, committees set up by the federal government to proffer solutions to the problem of industrial disharmony bedeviling Nigerian universities had always consisted of only academics.

According to him, this is necessary to proffer a workable solution to issues of incessant strike and other challenges bedeviling the nation’s universities

The SSANU chairman made the plea on the backdrop of an on-going strike by the three non-academic staff unions of Nigeria Universities under the auspices of the Joint Action Committee (JAC).

The affected unions are: SSANU, the Non-academic Staff Union of Universities and Associated Institutions (NASU) and the National Association of Academic Technologists (NAAT).

The non-teaching staff had earlier gone on a “comprehensive and indefinite strike” action on September 11 and suspended the strike on September 21 after an agreement with the federal government.

The SSANU chairman said that the university is a universal system and no segment of it can be relegated, because all segments complemented one another.

“Why it seems there are unending problems in our institutions is because the committees set up to advice the government on workable solutions to the problems have always consisted of only academics.

“Of course, their advice will be just one-sided.

“If universities administrators such as the registrars and bursars are included, there could have been a way out by now; the reason for the ongoing non-academic staff industrial action would have been addressed by now.

“Bursars and registrars, unlike the professors have seen it all because they have worked with various managements of their universities.

“With their wide range of experience, they are in the position to proffer the best solution out of the problem and also chart a way forward,’’ Oseni said.

Meanwhile, non-academic activities at LASU remained paralysed as the workers continue to comply fully with the ongoing national strike directives by their unions.

Oseni said the strike, as directed by the union’s national body, remained total, comprehensive and indefinite, as all offices in the campus had been shut until directed otherwise.

After the suspension of the Sept. 21 strike, Sam Ugwoke, the National Chairman of the JAC of NASU, SSANU and NAAT, had said that the level of government’s compliance with the agreement would be reviewed in a month’s time.

“We shall not hesitate to resume the strike action if government reneges on the agreements reached or delays in any aspects,” Ugwoke said in a statement on Sept. 21 after the strike was suspended.

The workers, however, said that the government failed to fulfill any of the agreements reached.

‎”It is therefore sad to report that over two months after the Memorandum of Understanding (MoU) was signed, none of its conditions have been met,’’ Ugwuoke said.